Circadian Rhythms: The Clock that makes us Rise and Shine Every Morning 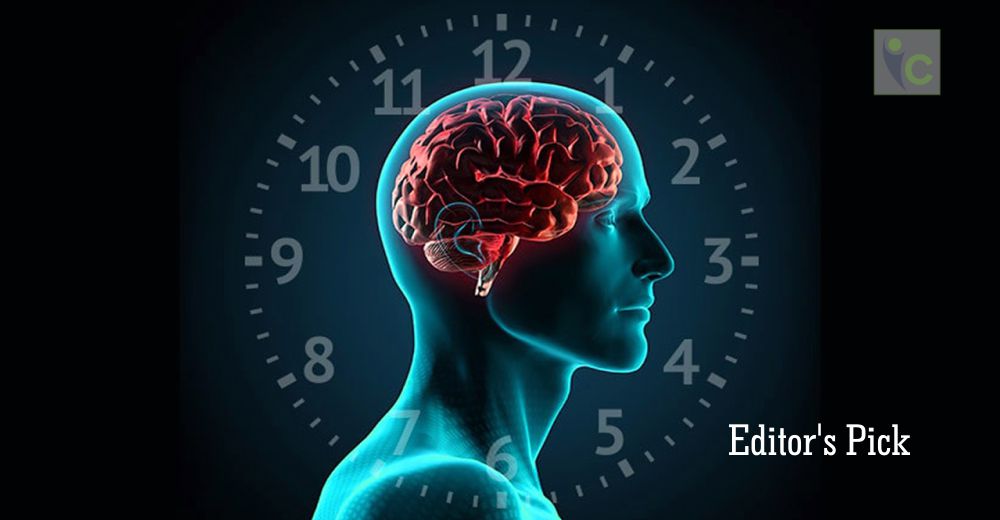 “A human body can think thoughts, play a piano, kill germs, remove toxins, and make a baby all at once. Once it’s doing that your biological rhythms are actually mirroring the symphony of the universe because you have circadian rhythms, seasonal rhythms, tidal rhythms you know they mirror everything that is happening in the whole universe.”—Michio Kaku

Last year on the 3rd October 2017, three scientists, Jeffrey Hall, Michael Rosbash, and Michael Young, won the Nobel Prize for physiology or medicine. Their research on circadian rhythm, a regular patterned tempo that all living beings tend to follow, enabled them to win the prestigious award.

Circadian rhythm is the cycle that tends to make one tired at night and wake up in the morning. The internal biological clock pushes the Circadian rhythms, by anticipating the day/night cycles. There are various physiological and behavioral parameters of an organism that are governed by Circadian rhythms. It affects not just the sleep cycle, but large parts of our society from working schedules, school routine, to rush hour traffic— almost everything is in sync with the circadian rhythm.

“Circadian” means “about a day”. This biological clock establishes over a period of time during the first few months of the life. It controls the day-to-day changes in the biological patterns, like body temperature, blood pressure, and also the release of hormones. The concept of the biological clock may sound metaphorical; however, there is a distinct region in the brain that is in charge of keeping track of the time. It is an area called as the Suprachiasmatic Nucleus (or SCN), placed above the point where the optic nerve fibers cross in the brain. This unique location of SCN near the optic nerves enables it to receive cues directly from light in the environment, and eventually this helps keep time.

There are numerous genes that govern the normal functioning of the internal biological clock. The most important one which was discovered by researchers, who were awarded the Nobel Prize last year, is the ‘period’ gene. The period gene is responsible for production of the protein PER, which in turn inhibits the period gene. This works like a feedback loop, and causes the level of PER protein to cycle incessantly. A high level of PER protein stops more PER from being formed, up until levels are low, and it starts manufacturing more again. This loop works over a period of about 24 hours, therefore it is called the period gene. This mechanism was first discovered in the fruit flies. Humans have a biological clock which is run by the mechanism which is very much similar to that of the fruit flies.

Sleep: The Dynamic Interplay between Metabolism and Relaxation

“Early to bed and early to rise, makes a man healthy, wealthy and wise.”— Benjamin Franklin

Our body’s biological clock is governed by structures inside our brain, which regulates our sleep-wake cycles. Sleep is basically a series and amalgamation of distinctive physiological stages, which a person goes through. Each step has an important function and purpose behind it, that helps keep the brain and body healthy. At night our sleep is alternating between stages of quiet or deep sleep and periods of REM (dreaming) sleep. While the chief function of quite sleep is to restore the body, dreaming sleep helps restore the mind, and plays a definitive role in learning and memory.

Growth, hormonal regulation, and physical renewal all occur during deep sleep. Throughout this period the brain receives a reduced blood flow, which helps cool it down.  The beginning of this stage marks the release of the growth hormone by the pituitary gland, which stimulates tissue growth and muscle repair. Scientists have also found that there is an increased level of constituents that activate the immune system in the blood, during the deep sleep. This has led to the speculation that deep sleep plays a vital role in fighting against infections. The lack of deep sleep may lead to illnesses, depression, and gaining an unhealthy amount of weight.

On the other hand during REM sleep the brain processes and creates memories and emotions. This activity is essential for learning and provokes higher-level of thoughts. Dreaming sleep deficiency may result in slower cognition, a sluggish social processing, difficulty in concentrating, and problems with memory. During sleep, the brain catalogues and collectively processes the previous day’s experiences, prime memories, and initiates the release of hormones; regulating energy, mood, and mental perception. Minimum of seven to eight hours of sleep is a must for healthy functioning of the brain. Any less sleep than this may instigate a hit on the concentration, mood regulation, productivity and creativity. Few factors that affect the biological clock:

Light— prolonged exposure to light or LED screens can cause misalignment in the biological clock. This causes shift in sleep and wakefulness cycles to unwanted times.

Time— there is cognitive pressure on the body to stay on schedule, when a person follows work-train schedule to the minute. The excessive demand over the body to remain alert during certain social events or tasks may lead to disturbance of the circadian rhythm.

Melatonin—it is a hormone that induces drowsiness, its’ sensitivity to light is believed to be the reason behind keeping the sleep/wake cycles at check. The levels of melatonin start increasing gradually after dark and drop after dawn.

Circadian Dysfunction and its Effects

For a long time sleep has been linked to normal brain functioning. Slightest dysfunction in the circadian rhythms has been associated with sleep disorders, depression, bipolar disorder, neurological disorders, reduced cognitive functions, and memory function. In some cases these disorders are the result of mutations in the circadian clock genes, leading to delayed or progressive sleep-wake cycles. Previous reports have indicated that chronic misalignment between the lifestyle and circadian rhythm may cause an increased risk of development of numerous diseases like neurodegenerative disorders, metabolic disorders, inflammation and cancer. Changes in the lifestyle are not the only reasons for the disruptions in the body’s biological clock. It may involve a mishmash of genetic susceptibility and lifestyle choices, such as alcohol intake. Some day-to-day activities like air travel, or shift work may cause this unset in the biological clock.

Keeping the clock on schedule and track is only the best possible way to tackle this problem and stay healthy. Usually a person has a good understanding and sense when it comes to their body’s natural rhythms. Avoiding disruptions in your sleep-eat-wake cycles and practicing good sleep hygiene is the best way to maintain a good biological rhythm. Cutting down on the caffeine, going to bed early, avoiding the use of LED screens right before one sleeps and staying up late working, can make a huge difference on the functioning of your internal clock, with an added advantage of making you feel upbeat and energized the next day.