Digital Wellness – A Concept for Peace of Mind 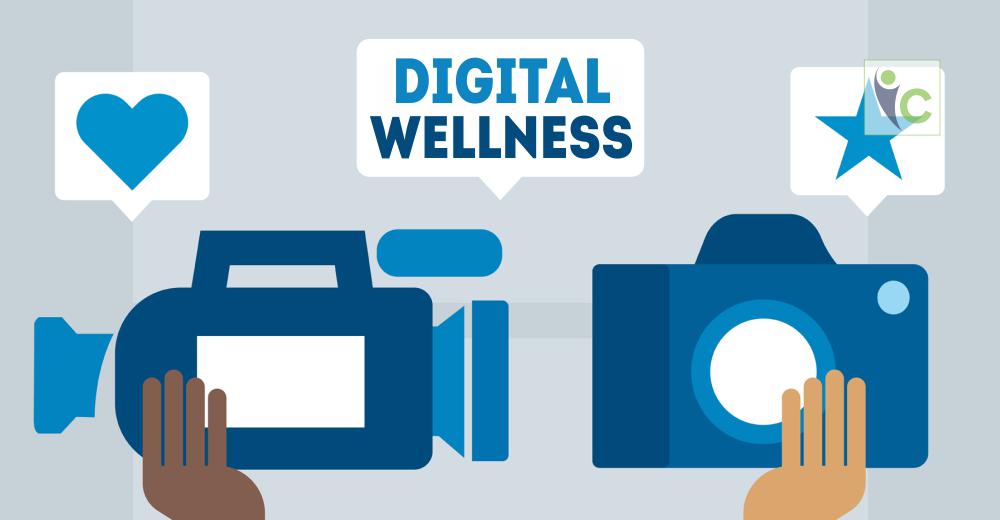 The internet was an invention that brought a wave of change into the lives of people. It created a new dimension where people could spend their time and give themselves a different identity. The necessity of having one’s presence online has further boosted the amount of time spent in the web – world.

The concept of digital wellness is one that is slowly coming into effect for the mental and emotional benefits of individuals. It stresses upon the necessity of using technology by taking the necessary precautions and making sure that anything portrayed is appropriate. We can’t deny the fact that technology is now dominant in everyone’s lives and has given rise to advancements in medicine, business etc. It has been a factor of reducing distances between people immensely by making communication across physical barriers easier. But as they say, the easy way out may not be the simpler way out.

The advent of websites such as Facebook, Instagram and Snapchat has given all the youngsters an opportunity to have an identity aside from their usual real selves. This is one world where they have the freedom to be anything they’d like. It allows people to feel empowered in some ways. But taking advantage of being behind the screen or taking whatever is portrayed on the screen is not beneficial to one’s identity. Thus this concept of having a separate personality online needs to be exercised with caution

The advent of social media has brought about a host of possibilities for businesses, educational institutions, startups etc. But half the people on the planet due to this reason, spend time browsing the internet rather than taking a look away from the screen and glimpse into reality. According to research and statistics, the most popular social media website Facebook has over 2 billion users and the numbers keep rising each day.

Similarly, a prominent photo sharing application, Instagram has 1 billion users and more. Another study mentioned that compared to 66 million minutes spent by the users online in the year 2011, the number rose to 121 billion minutes spent by the entire population. And these numbers only show that the numbers would’ve surely tripled by now. Easy accessibility of the internet though being a boon is also causing an overall dissatisfaction in life due to increased expectations of the World Wide Web.

Considering the amount of time people spend online, it is turning into a major cause of mood disorders. Most people who are addicted to social media are capable of living away from reality which isn’t the ideal way of life. One of the first steps one needs to take towards cultivating digital wellness is to exercise restrain by disciplining oneself that it’s not necessary to remain online 24 hours of the day. Given are the steps one can take and things one can keep in mind, to maintain a balance with reality.

Know Your Intentions: When you post any content online, it’s very important to know beforehand that the content uploaded solely is your responsibility. You need to make sure it doesn’t contain anything that may hurt another person who may read or watch the content. Though everyone has the right to express anything without any hesitations, you must have real and good intentions behind posting anything on the internet.

Limit Time on Social Media: Spending too much time on social media not only limits your chances of utilizing that time in a better manner but you will also find that you feel very drained and unmotivated due to distressing content online. Hence it is ideal that you focus on the positives and make sure to set a time limit to scrolling through social media. This way you’re saving precious time and saving yourself from being subjected to mood disorders.

Involve in Fun Activities: Rather than looking into social media and comparing lives, you could take up an extra activity which is fun and at the same time makes you feel motivated. It can be anything such as writing, singing, dancing, cooking and the kind that doesn’t involve the need to be serious. This can provide a balance for you to portray your talents on social media as well. And this balance is of utmost importance.

Understand Honor and Values: As much as your identity is important, it’s also essential to understand that you also have an equal responsibility in respecting other’s content. If it in any way feels offensive, make sure to get the message across but in a civil manner. This will help in maintaining a standard on the internet.

Lastly the one thing that matters the most is the necessity to take a break from the virtual world and understand that there is a world beyond it which is much more beautiful. No like or comment can replace the realness of an actual phone call or saying a hello face to face. These actions create a stronger connect between people. Similarly, having acceptance towards the person that you are will reflect in reality and provide a boost to your confidence.

The virtual world is fun indeed, but a glimpse into reality is all it takes to have make you feel refreshed.