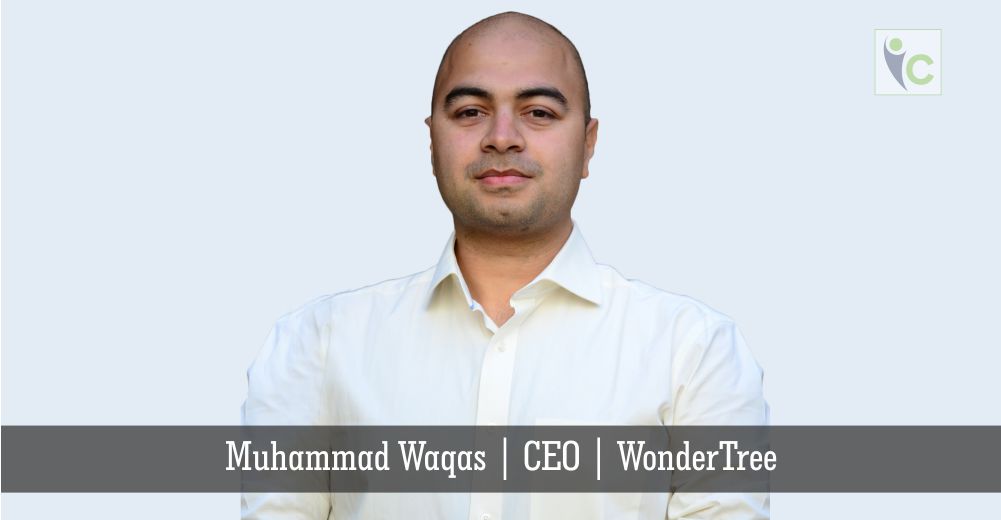 An ideal leader should have a strong resolve, sense of purpose, and direction. They should put the vision of the company and then the team before themselves. They are characterized by hard work, determination, and the zeal to accomplish their objectives.

One such persevering and idealist leader of the healthcare industry is Muhammad Waqas, the CEO of WonderTree. At the start of his career, Waqas switched multiple jobs which were in good companies but didn’t offer much learning or growth. Eventually, he settled in one of Pakistan’s biggest advertising firms which were challenging enough to catch his interest. After 2 years, he decided to leave his job and start his own marketing agency. They did very well, securing both local and international clients and projects. Although, the business was doing great, Waqas felt that it was not meaningful and not something that he wanted to do the rest of his life. During this time, the current co-founder of his company approached him with the technology that he was working on (the technology for WonderTree) inspired by his elder brother who is with special needs. At that time it was one of the hardest decisions to leave the marketing agency that he had created and worked day and night for it to grow. But in hindsight it was a very easy decision for him.

Waqas states that the most memorable moment of his life was during the early days in his company when they had run out of funds, and no institution was ready to try out their product. The team’s morale was all time low, and they thought that they were probably headed to closing the company. But when all was about to end, the company came 3rd at GIST (Global Innovation through Science and Technology) at Stanford University. Suddenly, WonderTree was all over the Pakistani media. The company started receiving calls and offers for collaboration, investments, and product trials. They had got some winning money that kept them afloat and the team morale went sky high and that has been the turning point for WonderTree.

Speaking about the most daring challenges that he has taken in life, Waqas says, “Probably leaving my well-paying secure job in advertising, turning down successive offers that followed”. Being broke and deciding to do something of his own and trusting that everything is going to work out was a courageous step he was ready to take.

The WonderTree team comprises of members who are both tech-enthusiasts & passionate about creating an impact. Their core strength is diversity and individuality that each team member brings to the table. The company has football fanatics, artists, history-buffs, and gamers as well, who are constantly working towards their vision: an inclusive society for all.

Waqas says that the one thing that really keeps him going is his internal mantra: Grow more than the person you were yesterday. He is also driven by the desire to make this world a better place. “The other thing that keeps me motivated is my resolve that when I leave this world I want it to be a little better because of what I did”, he says. He believes in a saying “if you are looking for inspiration you will find it”. He gets inspired by books that he reads, movies that he watches. Just listening to another entrepreneur’s story inspires him and he tries to extract learning out of all those things that can help him grow and push him forward.

Opinions about the Healthcare Industry

Strides of WonderTree under Waqas’s Leadership

Under the astute leadership of Waqas, the company has won a lot of awards and honors ever since they have been operational. Waqas feels that their biggest achievement was in developing a product that works and seeing children play with it happily puts a huge smile on their faces. He adds that after talking to teachers, therapists, and parents and hearing them say that the product works and because of WonderTree their child’s lives have improved, makes him feel proud of his team.