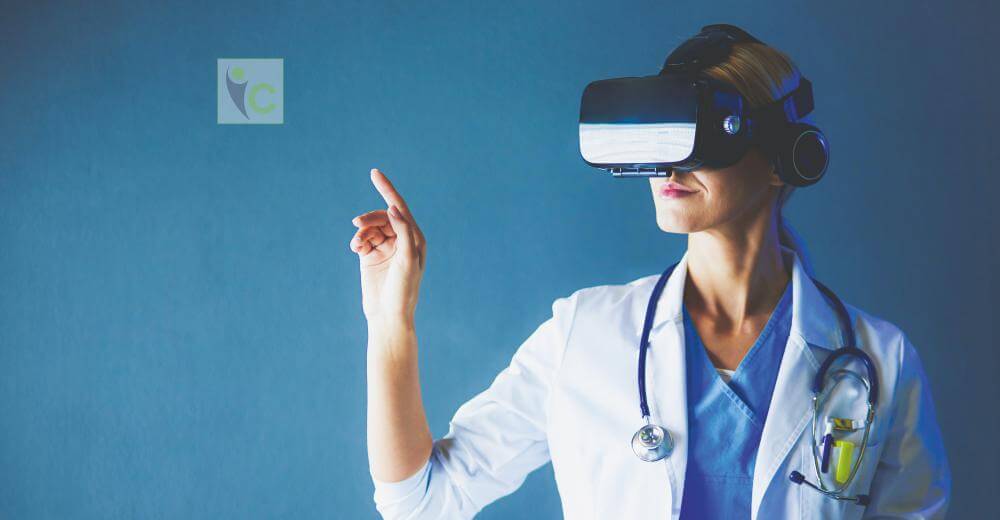 Games we play using to entertain ourselves. What if these are played to cure and rehabilitate aspects of the mind or any part of the body otherwise fairly inaccessible to us? This is precisely one of the most innovative aspects of Virtual Reality being played out in the field of Healthcare these days!

VR, till a while back under the exclusive preserve of the entertainment industry, is now being seen as a means of communication that could be tweaked and turned on its head to serve the interest of humanity when it comes to medicines and better living. This could include things as far removed as emergency healthcare and immediate medical aid in the aftermath of an accident of enormous proportions to post-natal healthcare of lactating mothers to treating the onset of Alzheimer’s. And these aren’t in the realms of fantasy! They are actually taking place!

Mentioned below are today’s cutting-edge uses of Virtual Reality in Healthcare.

Someone close to a patient of Alzheimer’s can understand this trauma best. The patient gradually degenerates into a vegetable and those in the close proximity are left shattered. Precisely the condition, Carrie Shaw of Using VR went through when her mother was diagnosed with the disease. Shaw came up with a new way of understanding the problem by simulating her mother’s condition using VR.

Creating Embodied Labs, a VR specialist that simulates life under the influence of certain health conditions, her company today gives a full 360-degree view to normal people of what it is like to suffer from conditions including Alzheimer’s. With a VR headset, wearers get to experience life from the patient’s perspective and thus understand why they react the way they do.

One of their first and unique ways of bringing to notice medical conditions others go through was We are Alfred, VR play which gives users the feel of being Alfred, an Afro-American who besides being old, also suffers from macular degeneration and hearing loss. These wear-on goggles not only gives the general public a feel of what it is like being under the influence of certain degenerative diseases but is also helpful to medical practitioners who come to know of the patient’s condition in all its complexity. Interventions can thus be planned accordingly.

XRHealth’s health platform VRHealth uses VR extensively to provide rehab in various forms and for various issues. Among others, it has Balloon Blast which is an “Upper Extremity Rehabilitation and Active Shoulder ROM Assessment Application” where users wearing VR goggles see a war-like scenario that calls for moving the sword in the above-the-shoulder regions helping exercise areas of the upper arms and the shoulders.

Details of the movements are recorded on a computer for further assessment. Their other products of interest include Re-Act, a “Cognitive Training Application which through VR gives provides personal health data about speed, attention, and decision making processes”, and a Neck Training Application which “provides analytics and insights on various measurements and metrics, including range of motion, smoothness of motion and rate of improvement of the neck”.

VR is of immense use not just in pre and post-trauma care and rehab but also in the active act of surgeries. And providing just the right help to Doctors and Surgeons is www.surgicaltheater.net of the US whose founders envisaged that if it could be fighter aircraft pilots who could use VR for training in all manner of flying, why not medical practitioners.

Thus came ‘surgical theater’ whose wearable goggles provide a walk through any situation, surgery or part of the body such that the wearer instantly gets an idea of where the issue could be and plan their moves accordingly. And mind you, all that you get to see would be in 3D to get the “real feel”!

VR as a medium was the most successful initiative in the field of marketing where it could convey extensively with ease. To this day it is considered so.

It’s isn’t simply the general public that likes a well-made VR film to understand and appreciate a product. In fact, this is the case with everyone including medical practitioners.  Every new product, idea or concept is best explained to hospitals and MPs with the use of the right VR film which gives in detail what the product does versus what the problem is at hand going right down to cellular levels.

MPs like Dentists were first sold mouth-cameras for the better dental health of patients by making VR-assisted films of the product and the conditions under which they could be of immense help to both the MP as also the client/ patient! Now practically every Dentist of repute has these mouth-cameras whose output can be seen right there in real-time by even the patient to understand and appreciate the extent of issues.

Be it a new surgery procedure, a new drug delivery system, a new scanner/ camera or even a new way to heal, practically everything can be sold to a prospective buyer with the help of VR-assisted movies which are well made and which details all the important aspects.

People other than surgeons and MP of certain specialization do not, in the normal course of their lives need to (or get to) see the insides of human bodies, their bodies. What the Doctor, MP, Specialist or Surgeon says is taken to be gospel truth despite the fact that most of the stuff being spoken about is way above Greek in understanding and everyday logic.

Yet, we persist in trying to understand what is being said and doing as advised. Contrast this with a situation where the same information how-so-ever alien and esoteric to a patient is shown in the form of well-made and edited VR simulations (which could include parts of real-life surgeries) which make things very obvious and clear to everyone!

This could be done to not only surgeries but all aspects of a person’s medical findings where every detail of health records are converted into a VR film for easy communication and understanding. A broken tooth, a renal failure, heart diseases, lung infection, brain tumors, ear-drum rupture, a veritable endless list can be converted into excellent VR matter for everyone to understand.

In the case of poorer countries where understandings of these matter is even lower than normal, a smart-phone with a medical app showing a patient his/ her problem area with a VR-assisted movie could be, well, a KILLER!