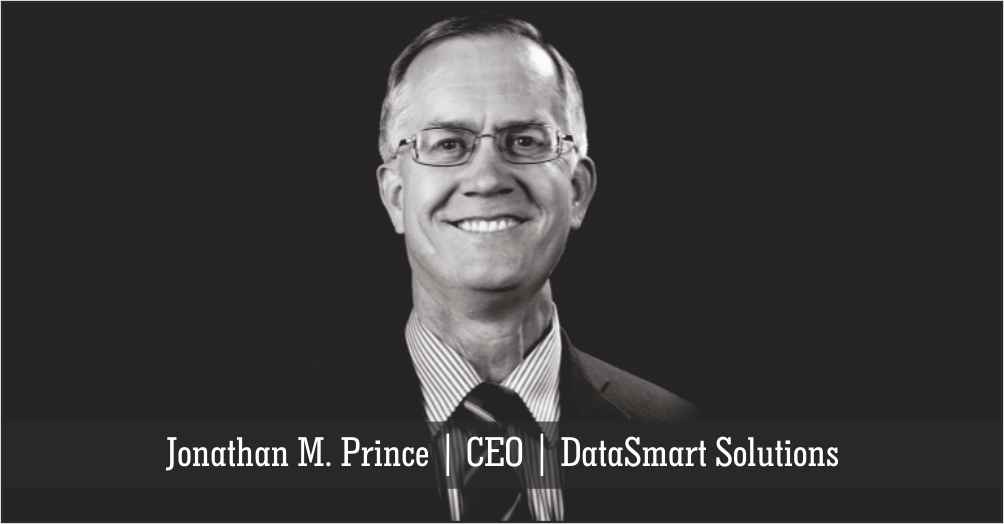 Technology in healthcare has never been more important than is today, and its role is growing by the hour.  The industry has moved from lab screen analysis, record keeping, and claims processing into the realm of ‘Big Data’, machine learning, predictive analytics, and far beyond.  Rapidly-evolving technology is contributing in significant ways to measure and reduce healthcare costs and improve care quality. Let me illustrate with an example from one company, DataSmart Solutions.

DataSmart aggregates and analyzes medical and pharmacy claims data (and other important supplemental types of data outlined below) to create a statistically-reliable risk score for individuals that belong to employer health plans. These risk scores, produced in conjunction with the Johns Hopkins University ACG® system, are forward-looking, or predictive, in nature. The goal of the analysis is to spot emerging high-cost claimants well before their condition deteriorates and becomes advanced or life-threatening.

Once risk scores are assigned to each plan participants, nurse clinicians and population risk managers prioritize the participants and deploy intervention resources in descending order, addressing the highest risk plan participants.  In this manner, health care professionals prevent higher risk cases from escalating into major crises and higher expenses for the plan.

Lastly, a careful study of the data enables important refinements to be made to benefit plans to encourage higher utilization of the highest-value medications, the best facilities, and the best providers.

Interestingly, Pareto’s Law (also known as the ‘80/20 Rule’) appears in dramatic fashion in population risk management and healthcare.  In short, a small percentage of the covered lives accounts for a disproportionate share of plan expenses.  Most wellness programs focus efforts upon the masses (i.e. the 80%). However, in actuality, most of a plan’s expenses originate with a small number of plan participants (i.e. the 20%).  In fact, as few as 3-5% of plan participants routinely account for one-half of a health plan’s expenses, somewhat regardless of the plan, the geography, or the demographics of the population.  Imagine the impact on health that could be realized if the 3-5% could prevent their condition from deteriorating.  Early detection of this small percentage also presents a great opportunity to lower the overall cost of care. Diabetes, cardiac conditions, and even some cancers can be readily identified in early states by the pro-active use of predictive analytics.

A similar statistic of similar importance relates to the non-repetitive nature of high cost claimants.  Approximately 60% of those appearing on list of highest-cost claimants in a given plan year appear on this list for the first time. In short, the majority of the highest-cost claimants from year-to-year are new to the list. This creates a challenge, because medical and pharmacy claims data does not exist for many lives on the plan, and even if it did, it would not provide sufficient data to predict future risk. Further, approximately 20% of plan participants will not enter the medical system in any given year, and within that group, there are many ticking time bombs.

To address this problem, plan managers often include financial incentives to participants to encourage them to engage in activities that generate usable, statistically-significant data. Valuable sources of data include blood screens, biometric information, vision tests and special health risk questionnaires. As this data is collected and analyzed, it can serve as a surrogate for medical claims. Today, leading edge analytics companies have found that many non-claims elements are less-expensive, more accessible, and more statistically-valuable than claims records. In short, the more relevant data available, the better.

As a final thought, the actions taken [upon analytically-derived findings] are at least as important as the findings themselves.  Those who lay these risk markers aside are no better off than a person who fails to follow his own advice.  The scientist James E. Talmage once told an unconfirmed, but illustrative, story involving “…an epidemic of cholera in a great city in which a scientific man proved to his own satisfaction, by chemical and microscopic tests, that the water supply was infected, and that through it contagion was being spread. He proclaimed the fact throughout the city, and warned all against the use of un-boiled water. Many of the people, although incapable of comprehending his methods of investigation, far less of repeating such for themselves, had faith in his warning words, followed his instructions, and escaped the death to which their careless and unbelieving fellows succumbed. Nevertheless, in a moment of forgetfulness he drank of the unsterilized water, and soon thereafter died, a victim to the plague.”

The moral to the story is that information is only as valuable as the measures taken to act upon it. Nowhere is this more true and applicable than in healthcare.