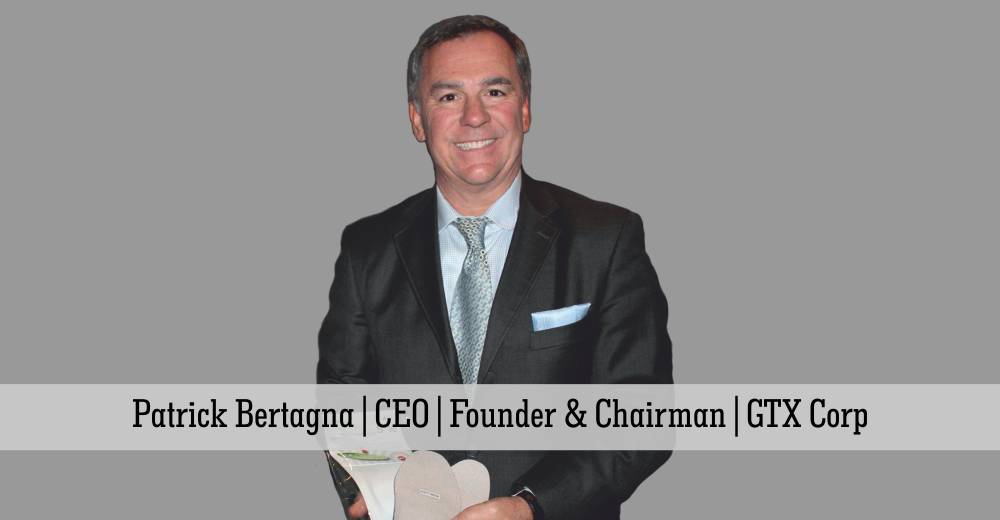 Innovative wearables that are user-friendly and unobtrusive offer efficient care, while reducing costs and stress. These wearable medical devices are “connected” devices, with features such as wireless data transmission, real-time feedback, alerting mechanism, and more. The miniaturization of wireless communication and sensor technology, combined with more power efficiency and greater computation capabilities, all of which GTX Corp has been at the forefront both in technical development and patent filings, has enabled the shift of clinical monitoring beyond facilities to personal at home caregiving. Wearable medical devices will also become helpful to pharmaceutical companies for conducting efficient clinical trials to gather data remotely, and for insurers to provide outcome-based reimbursement.

As the global wearable devices market continues to gain momentum and is projected to reach US$4.5 billion by 2020, innovative wearable devices such as the GPS SmartSoles are helping drive that growth.

The rapid growth rate can also be attributed to the fact that roughly six million elderly Americans are currently living with Alzheimer’s or Dementia and over 100 million people require oversight due to various forms of memory impairment that includes Alzheimer, Dementia, Autism, and Traumatic Brain Injury. According to “The 2013 World Alzheimer’s Report”, this number is expected to increase to 277 million by 2050 with 70% of the memory impaired becoming lost three or more times. The biggest challenge for most caregivers has been the ability to keep track of an individual’s whereabouts on a daily basis and prevent a patient from wandering off and getting lost. When a memory impaired person wanders, it can create havoc for caregivers who are ultimately responsible for the safety of their patient or loved one. Typically, 46% of wanderers who are not found within 24 hours are at a higher risk of death. With new strides in wearable technology advancements being made every day; the ability to track a person has become easier and less cumbersome; ultimately resulting in less deaths.