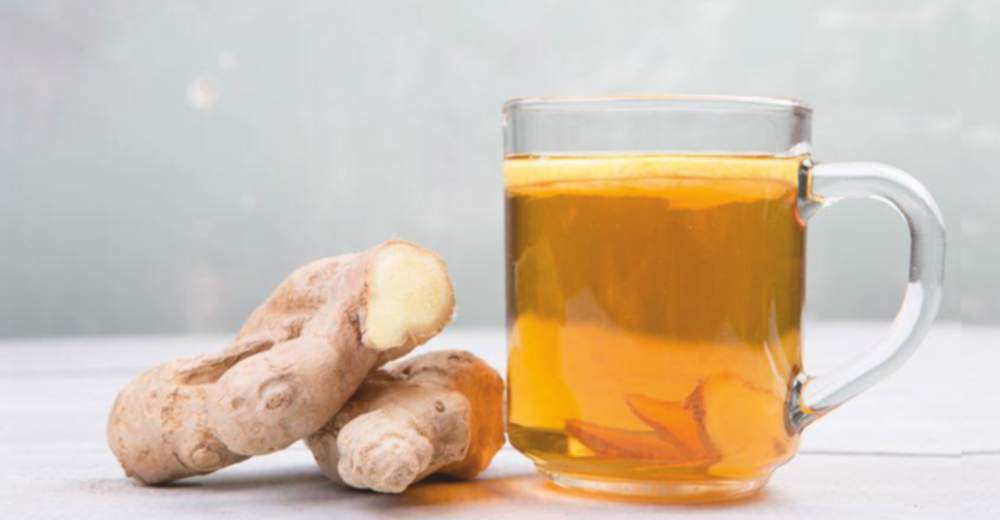 In ancient old Indian natural medical science, Ayurveda, and naturopathy, ginger is considered to be a very important medicinal solution for various health problems. If you are eating any Indian or Asian cuisine, ginger is a common ingredient found in almost every food dish you order. There is hardly any Indian or Asian, in whose spice-rack, ginger is absent. This spice is very much popular for its rich and exotic flavor. Yet, there are many among us who are not aware of the benefits that ginger offers other than just the striking flavor.

Ginger is long known for relieving various digestive problems such as nausea, stomach ache, and loss of appetite. It is also known for curing osteoarthritis, cold-flu, muscle pain and soreness, improving heart conditions, lowering cholesterol levels and many other things as discussed below. Before knowing the healthy benefits of ginger, it is more important to note the nutrient factors

Drinking fresh ginger juice with water and lemon or just adding to food in juice or powdered form can add an amazing flavor and taste to your drink and food and that too without even adding unnecessary sodium. Ginger is all known to contain numerous other antioxidant and inflammatory compounds such as beta-carotene, caffeic acid, gingerols, curcumin, and salicylate.

Other nutrients that one gets by consuming ginger are the carbohydrate, protein, dietary fiber, sugars, sodium, vitamins B6, Calcium, Iron, Vitamin C, Potassium, Magnesium, Phosphorous, Zinc, Folate, Riboflavin, and Niacin.

Have Ginger to cure Digestive problems

Research suggests that ginger has shown interesting results in speeding up the emptying of the stomach and helps in proper digestion. It is also a very much known home remedy to cure nausea. Chewing ginger raw or drinking ginger tea helps to get rid of nausea. It is often advised by the Ayurveda professionals and naturopaths to the patients suffering from nausea during cancer treatment or women under pregnancy.

Pain can no longer be an excuse for exercise

If you are thinking to make yourself fitter but worried about the exercise-induced muscle pain, then it’s time you should say good-bye to muscle soar and pains. Research has proved that components present in ginger give relief from the exercise-induced muscle pain. Researchers say that it does not give immediate effect, but it is an effective solution for a long-time process and has shown measurable progress in reducing pain in the day-to-day process.

In a study conducted at the University of Georgia by 74 volunteers, it was found that supplementation of ginger daily has reduced exercise-induced muscle pain by almost 25 percent.

Ginger acts as an Anti-Inflammatory Supplement

A study suggested that people with osteoarthritis of the knee had less pain and required fewer painkillers after consuming ginger extract on a regular basis. Experts informed that a combination of ginger, mastic, sesame oil, and cinnamon when applied topically, can act as a helpful way to reduce pain and stiffness in patients having osteoarthritis. Researchers commented that ginger root reduces inflammation markers which ultimately reduces the changes and risk of colon cancer. Ginger can play an important role in curing colon cancer too.

Other important benefits that ginger offers

If you are advised to begin your insulin course, or you are already taking it for getting relief from the symptoms of diabetes, then, you should try consuming ginger, as it is reported to have antidiabetic properties.

In a study, it was found that patients with diabetes type 2 who was consuming 2grams of ginger powder per day were reported to have lowered fasting blood sugar by 12 percent.

Tips on how to consume ginger

To make your drink or food healthier, you can do the following:

Ginger is a powerful house remedy to cure multiple health problems like a migraine, headaches, and it helps tremendously in reducing major risk factors for heart diseases, lowers blood cholesterol level and reduces menstrual pain, fights infections and improves mental health problems. Among all other qualities, it acts as anti-cancer and protects people from Alzheimer’s disease.