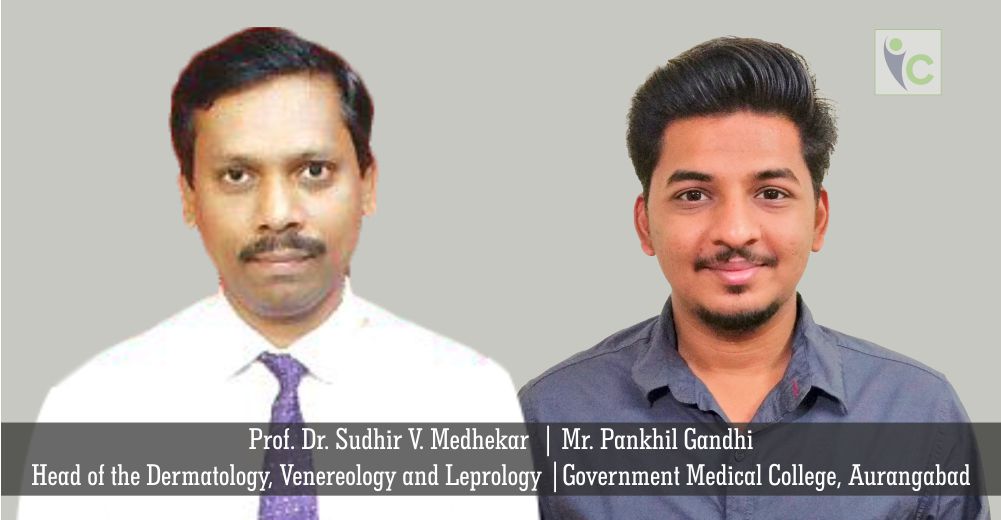 With a population of more than 1.3 billion people, India is currently a home to a fifth of the world’s population. Although India’s population growth rate has been showing a decreasing trend since more than three decades, population is still increasing by 1.2% annually. The UN predicts that India will be world’s most populous country by 2024 and by 2030 India will become the first political entity to reach the 1.5 billion people mark! India is world’s sixth largest economy by GDP (nominal) and the third largest by purchasing power parity, and yet it spends only about 1.2% of its GDP on health sector – among the lowest in the world.

The constitution of India guarantees free healthcare for all its citizens, and yet private healthcare sector has been the primary source of health care for 70% and 63% of households in urban and rural areas of India respectively. 58% of India’s hospitals are run by private sector and a whopping 81% of doctors serve in private healthcare sector. On the other hand public healthcare sector has catered to only 18% of total outpatient care and 44% of total inpatient care. Clearly the Indian government has failed by far to provide the people their right to free quality health care. The fact that 57% of households have cited poor quality of care offered at government hospitals as the major reason for preferring private sector over public sector is a major testimonial to the negligent attitude of the government towards healthcare reforms. Currently the healthcare system of India cannot completely mitigate the needs of Indian population. Because the Indian government spends only 1.2% of its GDP on the health sector, out-of-pocket payments make up 75% of the total expenditure on health care. 40% of the people that are hospitalized are either pushed into lifelong debts or below the poverty line! About 23% of patients do not have sufficient money to afford medical treatment where as 63% of the patients lack regular access to necessary medications. In simpler terms, this means that, the government has not been able to provide for a major proportion of our population an access to health care services. These facts and figures make us contemplate about the healthcare policies and reforms introduced by the government and question whether their implementation was in synergy with the true spirit of their formulation.

In 2005, the government launched National Rural Health Mission (NRHM) with an aim to address the longstanding issue of lack of professionals in rural area. The goals of NRHM were to provide effective healthcare to rural people. For this a compulsory rural service for young doctors was instituted in the hopes that they will remain in rural areas. In the Twelfth National Plan, Indian government decided to expand NRHM to the entire country and called it National Health Mission (NHM). In 2013, National Urban Health Mission (NUHM) was approved as a sub-mission of NHM. NUHM aims to have one Urban Public Health Centre for each population of 50,000 and aims to fix current facilities and create new ones. Improving sanitation and drinking water and reduction of out-of-pocket expenditure for treatment are among other aims of NUHM.

In 2011, a report that was compiled by High Level Expert Group (HLEG), which was constituted by the Planning Commission of India, gave an elaborate financial plan and framework for Universal Health Coverage (UHC). The HLEG defines UHC as “ensuring equitable access for all Indian citizens, resident in any part of the country, regardless of income, social status, gender, caste or religion, to affordable, accountable, appropriate health services of assured quality (promotive, preventive, curative, and rehabilitative), as well as public health services addressing the wider determinants of health delivered to individuals and populations, with the government being guarantor and enabler, although not necessarily the only provider, of health and related services.” Following were some of the key recommendations of the HLEG:

However due to some slackening in India’s economic growth, UHC was shelved. It was only in 2018 that the course of UHC was reset when the government introduced ‘Aayushman Bharat’ project in the national budget. This initiative has two components, the first of which has been named National Health Protection Scheme (NHPS). The government has allocated a fund of INR 20 billion. The central government will bear 60% of the costs of NHPS and the remaining 40% will be contributed by each state. Under NHPS, the government plans to provide coverage up to about INR 5 lakhs per family per year for secondary and tertiary care hospitalization. Second component consists of upgradation of 150000 subcentres into Health and Wellness Centres (HWCs) across the country. These HWCs will offer free basic clinical and preventive services including simple diagnostic tests and provide essential generic drugs to all.

Upon implementation of these aforementioned schemes it is obvious that the vacancies will be on the rise. The WHO prescribes ideal doctor population ratio of 1:1000. India has a doctor population ratio of 0.62:1000, far less than the recommended figure. To overcome this dearth of physicians, the government has an ambitious plan of one medical college in each district of India. Even though the government is a long way from achieving this herculean task, the progress of government for the same is commendable.

The profession of pharmacy has been an integral part of the healthcare systems of many countries since decades, and yet it was not until recently that a curriculum for Clinical Pharmacists was initiated in India. Till then India was essentially missing on an entire segment of clinical pharmacy services in its healthcare system, considered to be crucial for the provision of quality healthcare. In 2008, a six years integrated post-graduation course for the qualification PharmD (Doctor of Pharmacy) was instituted by the Pharmacy Council of India. With initiation of PharmD course, Indian healthcare sector will now see a rise in the number of clinical pharmacists. Being trained to provide services like comprehensive patient counselling, detection and management of drug related problems and adverse events, therapeutic drug monitoring and provision of cost effective therapy, these clinical pharmacists will add a previously non-existent segment of clinical pharmacy services into the Indian healthcare segment.

In conclusion, it can be said that although the government has now initiated ambitious healthcare reforms, it still needs to ensure their success by meticulous planning and robust implementation. The government needs to do more to utilize other healthcare professionals like physicians from Ayurveda, Homeopathy, Siddha and Unani backgrounds, Pharmacists and Nurses, but at the same time ensure that the quality of healthcare services is not compromised. Surely HWC-led comprehensive primary health care and NHPS will increase access to health services. For these schemes to succeed, the healthcare workforce needs to be scaled up in both, number and quality. On other hand, regulatory systems also need to be strengthened to improve quality and accountability by keeping stringent checks on the healthcare sector. Although India has committed to UHC, it may take years to achieve it in true sense. Nonetheless, provision of UHC is a revolutionary reform for Indian Healthcare System.

This article is written by Prof. Dr. Sudhir V. Medhekar and Mr. Pankhil Gandhi. Currently serving as the Head of the Dermatology, Venereology and Leprology, at Government Medical College, Aurangabad; Prof. Sudhir is one of the established names in the field of medicine in India.

Having completed his M.D. in dermatology and cosmetology from the University of Mumbai, he has distinguished skills in the fields of Clinical research, Medical education and Technology. Prof. Sudhir has invested his soul strength towards helping the needy and enlightening the bright minds of tomorrow.

On the other hand Pankhil with the strong backing of his PharmD education, from the esteemed Government College of Pharmacy, Aurangabad, is achieving great heights at his organization. He possesses exceptional expertise in Clinical Research, Biostatistics and Clinical Pharmacy Services.