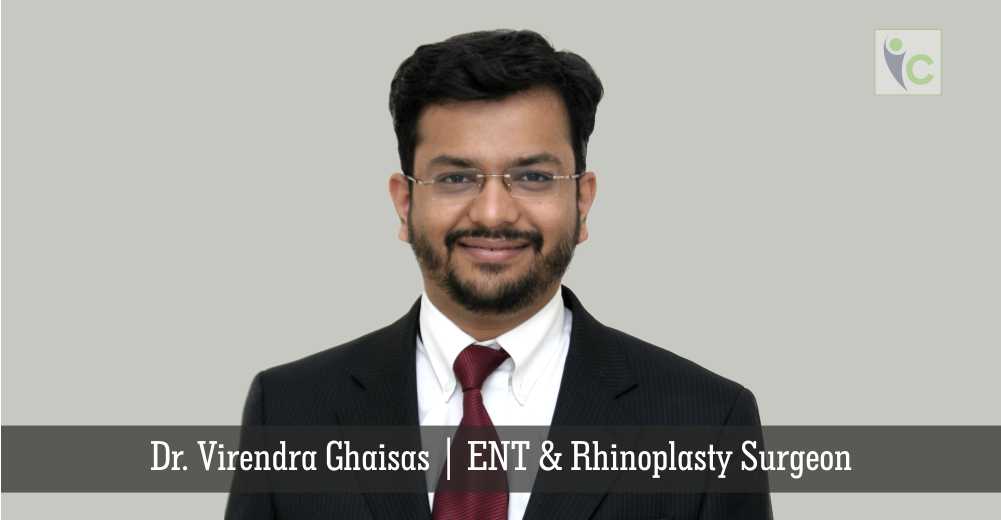 In today’s world, we often come across people who have made revisions to their nose through a surgery either due to a malformed nose at birth, deformed by an injury or for a more pleasing appearance. Rhinoplasty more commonly known as “nose job” is a surgery performed to sculpt the shape of the nose which is referred as “Aesthetic Rhinoplasty” as well as to improve the breathing function of the nose, invariably termed as “Functional Rhinoplasty” which further helps to nullify the associated problems. If breathing is impaired due to the form of the nose or an injury, it can often be improved with Rhinoplasty. Although the expressed goal of such a surgery is to correct breathing issues, patients usually experience positive cosmetic benefits such as enhancing the shape of the nose as a bonus. In this demanding world and growing trends, Rhinoplasty is not only done to improve the functional aspect of the nose but also for its aesthetic outcomes.

Rhinoplasties have evolved over thousands of years.  Many countries have put their imprints on the Nasal surgery procedures which are clearly stated in the medical history. Today, Rhinoplasty continues to advance at an even more rapid pace and has become safer and less invasive with the growing techniques and expert doctors.

Before a Rhinoplasty is performed, a patient’s nasal pyramid is thoroughly examined with an endo-nasal examination and its harmony with the other features of the face. A simulation of the desired result is done using photos and computer techniques. A preoperative check-up is carried out. There are two types of techniques to perform the surgery, “open and closed”. In closed Rhinoplasty, all the incisions are inside the nostrils and thereby provide a very limited exposure. Open Rhinoplasty gives wide access to perform all the necessary techniques under direct vision. Although there is a small scar at the column of the nose which fades away in a few weeks, the outcomes of open Rhinoplasty gain advantage over the closed techniques. Most skilled surgeons do not use any artificial grafting materials. Tissues like cartilage and fascia from various sites like the nasal septum, ear cartilage, and rib cartilage are used to reshape the nose.

There are a few non-surgical techniques like “fillers” an alternative for the surgery to camouflage minor defects although the outcome of such procedures is temporary. For a long lasting and permanent change “Rhinoplasty” is the only solution. The nasal anatomy and proportions of each individual are quite varied and the final look of any Rhinoplasty operation is the result of the patient’s anatomy, as well as of the surgeon’s skill.

Rhinoplasty is generally an outpatient surgery which is done under general anaesthesia. With evolving technology and skilled surgeons in this field, the outcome is expected to be nothing but the best. Medical science cannot ensure a 100% guarantee and keeping that in mind, surgeons take utmost care to deliver precise results. Few cases that sometimes need corrections after surgery can be revised after a waiting period of about 12 months. About 10% of patients require a second procedure; however, the revisions required are usually minor.

Awareness on Rhinoplasty is wider in western countries compared to India. According to surveys, awareness level in countries like Europe, USA & Japan is huge. Most parents in Korea gift hospital coupons to their children at the age of 17 to get a nose job done. Children in Europe mostly get such surgeries done at the age of 16 to improve the shape of the nose, aesthetically, not necessarily that they suffer from functional complexities. With the recent trends and vast exposure, India is witnessing growing awareness about Rhinoplasty in the younger generation. While our country is competing with the rest of the world in a variety of areas, Indian education plays a very important role in shaping a child’s career. Therefore, most of the aesthetic surgeries are planned after the age of 18 years until it is inevitable to adjourn. Although with changing times and with the influence of Bollywood industry, the younger generation opts for aesthetic Rhinoplasty. Having said this, our country is predominantly grounded to our traditions and culture. A surgery is more of a family’s decision than an individual choice. Therefore even today 70% surgeries in India are done to improve the functionality of the nose rather than for aesthetic purpose.

While Rhinoplasty is one of the most popular cosmetic surgeries in the world, a 2017 Report by International Society of Aesthetic Plastic Surgery (ISAPS) states India amongst the top 10 countries to perform Rhinoplasty surgeries, having male to female ratio of 60:40.  Countries with emerging economies like India, have more disposable income hence there is a growth in the spent for aesthetic surgeries seen mostly amongst the younger generation.

In the future, Rhinoplasty is projected to grow in India with improved standards of healthcare technology driving the growth of medical tourism industry. Other factors such as rising aging population worldwide, availability of affordable world-class medical facilities in emerging economies, and high medical insurance costs in developed regions are boosting the demand for medical tourism globally.

He has presented papers in National, Zonal and regional conferences and has won accolades for presenting paper presentation. His contribution to mentor undergraduates and post graduates through an educational DVD helps students to learn from him. Virendra is an associate professor at MIMER Medical College. Being a renowned ENT Consultant and Rhinoplasty Surgeon, his professional experience includes: Guest Lecturer and Operating Faculty on Rhinoplasty and Live Surgical Otological workshops and camps at various AOI & across the country.