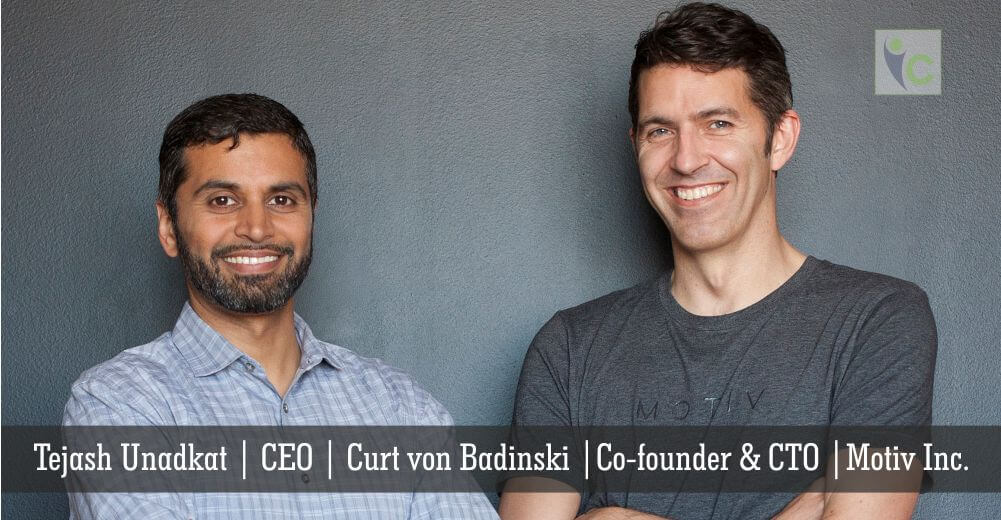 Form factor, durability, stylish design and the integration of leading-edge technology for precise data collection are some of the factors that define a superior wearable product. One company that considers these factors with precision and craft products that people want to wear is Motiv Inc.

Motiv Inc. is a breakthrough wearable technology company designing products that fit seamlessly into people’s lives. Motiv Ring was announced in January 2017 at the Consumer Electronics Show and officially began shipping in September. Its debut garnered a terrific response and glowing reviews from a multitude of prominent media outlets. It has a user-centric design which is both comfortable and state-of the-art. Motiv Ring is not currently a medical device; however, the company considers this form a stepping stone to evolve as a true medical device company in the future.

Motiv began when Co-founder and CTO Curt von Badinski had a light-bulb moment that convinced him to use his tech expertise for a small and lightweight fitness tracker that could make people’s lives better. Curt is a serial tinkerer, inventor, entrepreneur and businessman. As a mechanical engineer, he worked on various projects and quite a few IT companies; it was during that time that he realized that his work-obsessed and sleep-deprived lifestyle was less than ideal. He wanted to get a device that could allow him to track his sleep and health better, he tried what was on the market and those options didn’t work for him, and he was inspired to make a seamless experience for people in a ring form factor. “Innovation in wearables doesn’t happen overnight. Change is typically the result of a lot of research and development followed by difficult engineering challenges. Building an amazing and capable team is one of the best ways to get there,” says von Badinski.

Tejash Unadkat is the CEO of Motiv; he joined the company in 2017. He oversees all elements of the business including sales expansion, product development, people management, and company growth. Under his leadership, Motiv has expanded its operating system support (now on both Android and iOS), retail distribution channels (including Amazon and Best Buy), platform compatibility (Alexa, Apple Health and Google Fit), and a slew of health partnerships (including Pear Sports, Plus 3 and Lindora.) Tejash believes in building products that are useful to the people twenty-four hours of the day, seven days a week — across the health, wellness, access, security, and payments spectrum.

Motiv Ring is the first medical device that blends in; this smart ring tracks heart rate, activity, and sleep. Motiv Ring is waterproof up to 165 feet. At less than 0.1 inches thick, it is about as thin as a nickel and weighs less than a penny. The titanium-shelled ring holds a charge for three days, and connects to the Motiv App available on both iOS and Android. It is about one tenth the size of its competitors, which makes it a people’s choice.

While the wearable space is a crowded one, Motiv’s two biggest differentiators are the form factor and sensor data. The company has spent a substantial amount of time and effort on the development of its form factor while working their way down to the technology. Its considerably small size makes Motiv Ring an engineering marvel. Motiv has developed a product with components that are smaller than a grain of sand. Motiv Ring is entirely custom made, right from the sensors, circuit boards, and battery. Motiv has taken the technology of a wrist-worn device and miniaturized it into a 2.4mm-thick ring. Finding the components — batteries, sensors, titanium shells that could accommodate its small size — was a challenge. Despite the challenges the form factor posed, it is hugely resonant with Motiv’s customers who appreciate that the minimal, not clunky look, and that their wrists are free once again for watches, bracelets, or nothing at all.

The Benefits of a Finger-Worn Device

As far as sensor data is concerned, Motiv Ring has advantages over wrist-based devices. Tattoos or even arm hair can affect the quality of heart rate data while wearing a wristband. These problems are far less common on the finger and palms, which also helps with heart rate data collection. The company’s ring fitting process, with seven unique sizes, allows users to get the right fit. A proper fit is imperative for collecting the best data.

Additionally, Motiv Ring uses a benchmark of active minutes, rather than steps, to measure heart health. These active minutes are tracked any time one is active for more than 10 minutes. Thus, “cheater” steps – those back and forth to the fridge or to the couch – are not rewarded as activity. This benchmark keeps its users honest and their hearts healthy. Apart from this the ring is always with the user – durable, stylish, comfortable, and lightweight; it’s motivation wrapped around one’s finger.

Motiv is continuing to expand its functionalities, partnerships, distributions, and integrations on a monthly basis. This continued momentum is important for the company’s growth. Motiv just announced its Google Fit integration in July, and will be announcing a series of healthcare partnerships with leading health tech companies in the coming months. Later this fall, the company will be introducing another version of its beloved ring and will enter into the biometrics space.