BioSerenity: Technology at the Service of Healthcare 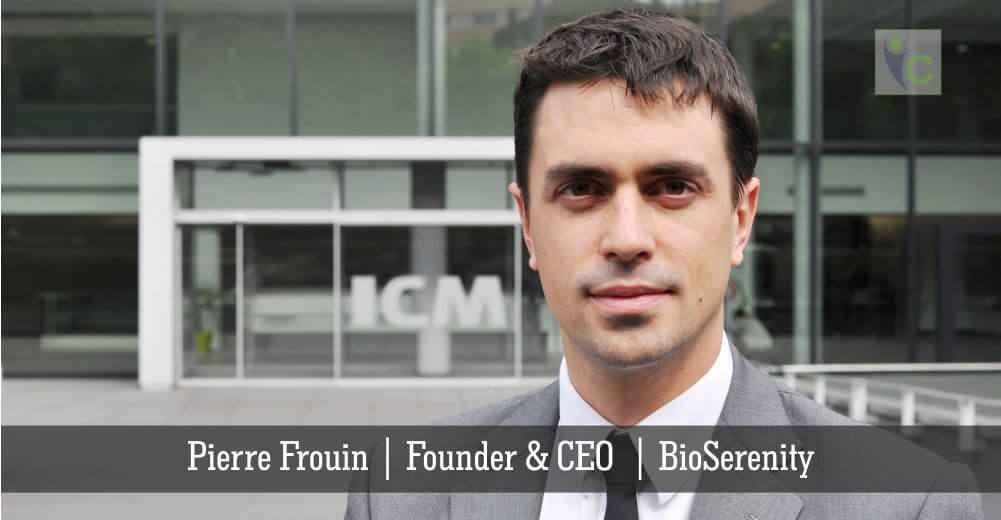 The rise in the global population has triggered an increase in healthcare costs and a number of unmet medical needs; technology offers solutions on a number of levels, reducing time, and space limitations. One such company that aids this problem by providing wearable medical device solutions is BioSerenity. Established in January 2014, the company is located within the Brain and Spine Institute, at the heart of the largest university hospital in France: la Pitié-Salpêtrière in Paris, with offices across France, China and the United-States. The company is internationalizing and expanding, with the workforce of more than hundred employees. It offers solutions for many applications in diagnosis, monitoring, and clinical trials.

The company first started providing Smart Healthcare Solutions with the focus on Epilepsy and has since expanded to Cardiology, Sleep disorders monitoring, and Urology. BioSerenity’s solutions have helped diagnose over twelve thousand patients and it has recently raised 20 million dollars to support its growth. It tackles these challenges with the help of a rich ecosystem of partners. The company has collaborated with patient groups, academic centers, hospitals, and industry to come up with futuristic medical devices.

Bioserenity was instituted by Pierre Frouin, who is currently the CEO of the company. He holds a Master’s degree, in IT Engineering and a MBA from INSEAD, which he leverages to lead BioSerenity towards becoming one of the fastest growing medical devices company. Pierre has worked in the medical industry throughout Asia, Europe and North America, for almost his entire career. Pierre’s experience in the pharmaceutical industry and the medical diagnostics industry has helped him understand that point of care diagnostics was going to be critical for the development of personalized medicine.

The Neuronaute is the first solution developed for the diagnosis of epilepsy based on the use of a smart textile, a mobile application, and a cloud platform. The system is designed to make it possible to record physiological parameters continuously, including electroencephalography (EEG), and in an outpatient setting. The goal is to give neurologists a tool to get to the diagnosis of epilepsy faster by recording patients in their home environment or in any hospital bed on the long term basis. The signals are then parsed by an A.I. assistant to help identify digital biomarkers or anomalies. Its A.I., called Serena, learns from the interpretation of Neurologists (machine learning) how to identify critical elements in the EEG that are linked to a pathology. For each recording, the A.I. analyzes the signals, and helps neurologists focus on important periods of the EEG signals. The aim is primarily to save the physician’s time by not having to review lengthy periods of raw signal.

The company is now working on Cardiology, Urology, Sleep Disorders, and Pregnancy Monitoring. It has developed a Cloud platform that allows it to deploy Medical Device and Mobile Apps powered with A.I. across the globe. The company works closely with doctors and researchers; this allows it to focus on what is most needed, instead of what is most trendy; to bring to the medical community the best tools possible that help patients. BioSerenity believes that this approach leads to faster adoption, and a leaner iteration process. It has also setup a strong regulatory team and culture; an expertise that is often missing in tech startups.

Awards and Accolades BioSerenity has Received

With over twelve national and international awards, BioSerenity has received the support of doctors and patients from all around the world. The company is the recipient of the International Innovation Awards, the World Wide Innovation Challenge, Innovact Award, Connectitude Program, and many more.

Currently there are two major technological revolutions undergoing that have the potential to change the landscape of Medical Device industry that include:

IoT is already helping millions of devices being better maintained, while Artificial Intelligence is still in its infancy.

The medical device industry was historically separated and often in the shadow of the pharmaceutical industry. Now that the Medical device industry is in the spot light, the future will generate more cooperation between the two industries. BioSerenity’s next product launch is going to be in Sleep Disorders with an ambulatory polysomnography assessment solution. The Somnonaute is a medical device project aiming to allow a full polysomnography exam in a medical sleep analysis setting. In order to allow a full exam to be recorded, a connected cap, shirt, and pants are required. Recorded measurements include electroencephalogram, electrocardiogram, electromyograms, pulse oximetry, movement, positioning, and breathing.