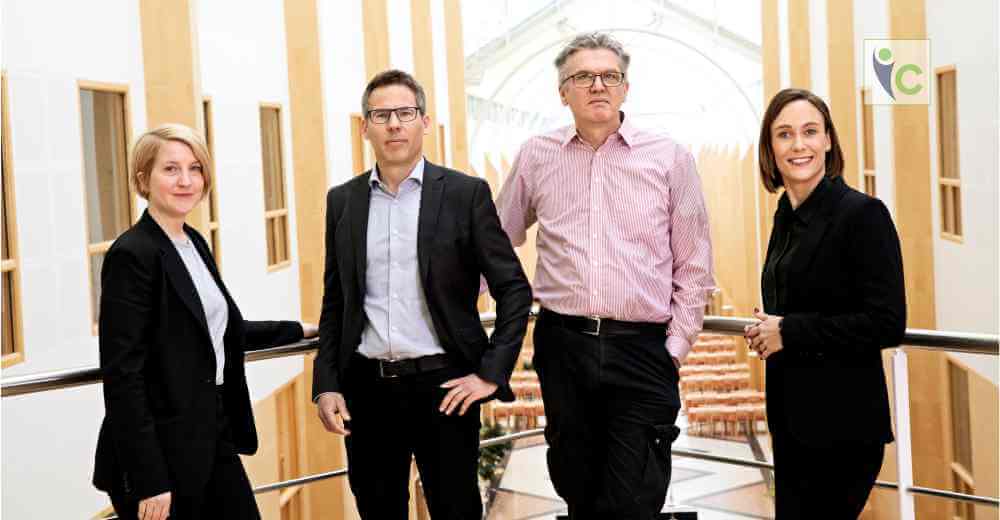 The development of MRI- a medical imaging technique used in radiology to form pictures of the anatomy and physiological processes of the body has proven to be a versatile modality for tumors in the body.

MRI is generally considered a very safe procedure to undergo for the detection of a variety of conditions, from torn ligaments to tumors. Despite the beneficial facts, the implications of the contrast agent- gadolinium used in the MRI scanners are under debate and investigation.

Hence the above concerns have expressed a wider necessity to develop devices and products that can help improve image preciseness, accurately diagnose and actively target tumors potentially reducing the side-effects.

Underscoring the cruciality of the effects and demonstrating necessary flexibilities, Spago Nanomedical– a firm focusing the development of nanomedical diagnostics and treatments has introduced a novel contrast agent which has the potential to further improve MRI capabilities in tumor imaging.

In 2011, Spago Nanomedical initiated the development of a novel nanomaterial for MRI-contrast which instead of gadolinium- a potentially harmful agent, was based on manganese.

Later, in 2014, the company introduced ‘Tumorad’, a project in which nanomaterials are loaded with radioactive isotopes to create a nanomedical product particularly for tumor radionuclide therapy.

Spago Nanomedical established in 2007 based in Lund, Sweden develops novel nanomedicine for diagnostics and treatment of life-threatening diseases.

The company’s principal approach is to utilize their scientific expertise in the chemical and nanomedical field to develop projects for human clinical trials. Spago’s business model is based on out-licensing and establishing several industry partnerships to co-create unique nanomedical products integrating them from their initial phase of registration to its commercialization.

The firm believes, this pursuit can reduce the internal need of capital as well as maximize the potential for successful market penetration and long-term profit for the company.

Spago Nanomedical envisions to undertake competitive and successful development of products for increased survival and healthful quality of life for patients.

Spago was founded by Mr Andreas Bunge– the key inceptor of Spago Nanomedical leading the position of CEO until January 2015.

The research that led to the formation of the company is the inventiveness, and meticulous research of Dr. Oskar Axelsson. With extensive experience in the field of nanoparticle chemistry he has more than 25 years in pharmaceutical sector. Dr. Axelsson has carried out contrast agent research and development at Nycomed Innovation, Amersham Health, and GE Healthcare.

Holding the position as CSO at Spago Nanomedical since its foundation. Dr. Axelsson is also the main inventor of the company’s nanomedical platform.

Currently Dr. Mats Hansen operates as the CEO of the firm. Dr. Hansen’s many years of expertise spans a number of areas in the life science industry, including oncology clinical development project management, intellectual property, and business development.

Spago has developed a unique nanomedical platform to generate particles for passive tumor targeting. The particles are designed to have inherent diagnostic or therapeutic capabilities. Based on this platform Spago Nanomedical is currently developing projects which are focused on imaging and radionuclide therapy of cancer.

In the SpagoPix-project, unlike conventionally used contrast agents for MRI, SpagoPix is based on manganese (Mn), an essential element with an established metabolism pathway in humans. It is designed to exploit the enhanced permeability and retention (EPR)-effect for passive tumor targeting and more specifically accumulate in tumors.

The firm claims, the advantage of a radionuclide therapy like Tumorad® compared to external radiation therapy is that it enables selective delivery of the radioactive substance to tumors and a possibility to irradiate multiple soft tissue tumors or metastases simultaneously. The technology also enables radiation treatment of tumors where localization in the body prevents external radiation, such as in deep-lying tumors or tumors adjacent to vital organs.

Plans in the Period Ahead

Given its growing stature, the company’s primary focus is on early clinical development and partnering with commercial industrialists. Alongside it is planning to invest in increasing resources into the development of Tumorad® in order to make it the second project in clinical phase.

In the longer term Spago Nanomedical aims to initiate further therapeutic projects based on its unique technical and intellectual platform become a world-leading expert in nanomedical development.