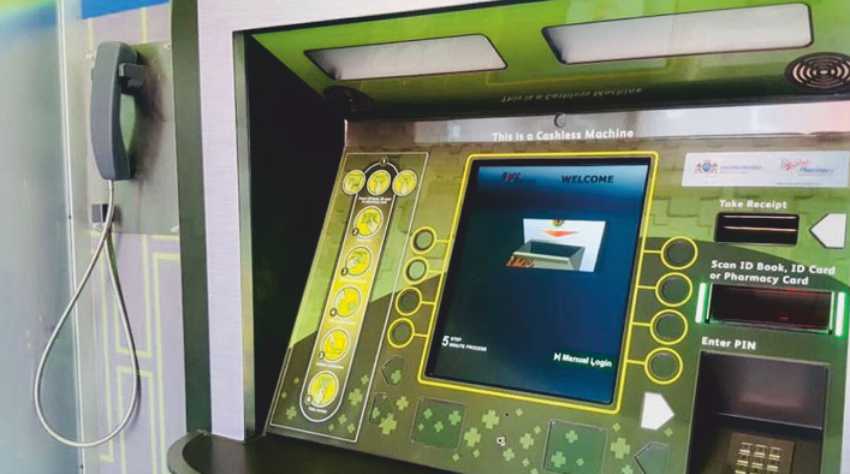 Recently, South Africa has launched an ATM-vending machine in order to give instant pharmaceutical aid to the HIV patients on time. Citizens of the country earlier had to face the long waiting queues not only in pharmacies but also, in public healthcare facilities.

A report says that—to cut the slack of congestion in public healthcare sector, the Pharmacy Dispensing Units has been installed in healthcare centers and near-by to the Police stations. In hand, the Health Ministry of SA and charity Right to Care expressed that this system was the first of its kind in the country which allows chronic illnesses such as HIV/AIDs to receive medication in just a few minutes.

As per the study the antiretroviral drugs treats HIV more efficiently, so SA government has focused on largest treatment program ever done up to date, targeting millions of people in order to provide various medicines.

According to some reports, the first launch was carried out in Johannesburg’s rundown Alexandra town. The unit clarifies the working of Pharmacy Dispensing Unit similar to the cash-vending machines where, instead of cash, the machine gives out medicines; a telephone is attached to the machine so that people may able to speak to the pharmacist and ask for advice.

“We chose Alex as the first location because it’s highly populated, facilities are overly burdened and people are in need of public healthcare,” Fanie Hendriksz, managing director of Right to Care pharmacy.

HIV positive patient’s shared their views in what way PDU has benefited them in various ways such as reduction in a time lapse of medicine in-take due to less availability, and have increased the accessibility of the pharmaceuticals nearby.

Implementing such strategy will report out to be in the decrement in the ratio of chronic illness in the epicenter of the worldwide AIDS pandemic, South Africa.