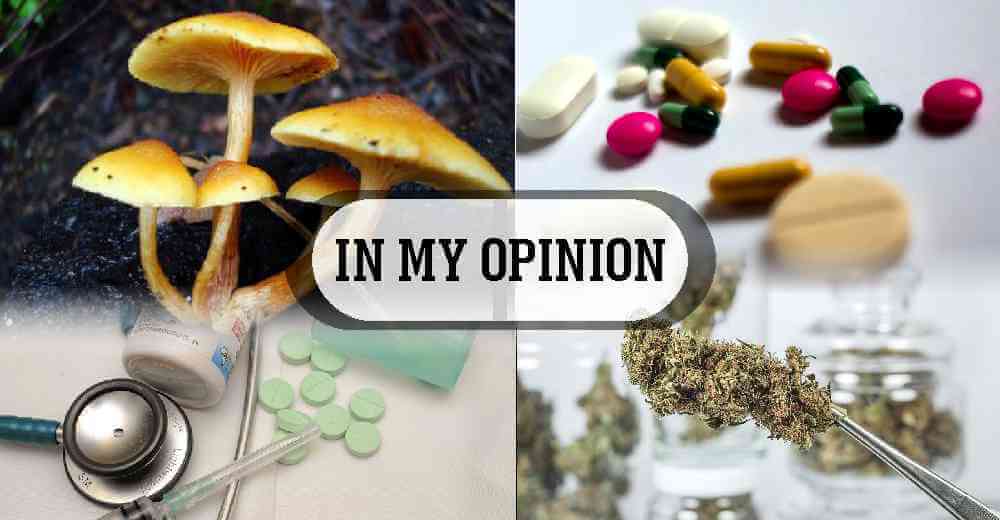 After years of struggle with progressing cancer, Hazel was miserable, anxious, and depressed. Traditional cancer treatments had left her weakened and it was uncertain whether it would save her life. But then she had the opportunity of participating in a clinical trial to test an exotic drug. This drug was not meant to cure her cancer; it was meant to cure her terror. After a few hours of ingesting the drug, Hazel declared to the researchers, “Cancer is not important; the more important stuff is Love.” Her concerns about her impending death suddenly disappeared and the effect lasted for months.

The drug that led Hazel to re-evaluate her life was not a traditional anti-depressant or anti-anxiety drug. It was a drug that has been illegal for decades but is now the center of resurgence in research; psilocybin from the hallucinogenic mushrooms.

Psychologists and psychiatrists have been studying psychedelic drugs for many years as a treatment for disorders like alcoholism and depression. Psychedelics show promising results in assuaging some of the conditions that are hardest to treat viz., addiction, obsessive compulsive disorder, end-of-life anxiety, and depression.

Psychedelics may help. But the mechanism through which they work has left doctors and researchers baffled. These drugs use chemical pathways to trigger deep spiritual experiences that apparently lead to tangible, measurable, long-term changes in behavior.

Hallucinations, vivid images, intense sounds and better self-awareness are the trademark effects associated with most popular psychedelic drugs. The typical notion is that psychedelics do something additional to trigger their effects like increase activity, add hallucinations and promote awareness. Examining brain scans of people under the influence of psilocybin showed that it reduces activity in certain areas of the brain rather that increasing it. That decrease of activity leads to the drug’s effect on cognition and memory. Psychedelics, psilocybin in particular, might actually be removing the extra “noise” in the brain predicts researchers.

Ayahuasca is a concoction prepared with the Banisteriopsis caapi vine and leaves of Psychotria viridis containing the psychedelic compound DMT. An observational study conducted for evaluating the safety and long-term effectiveness for drug addiction and dependence reported positive and lasting effect. Brain scans show that ayahuasca increases the neural activity in the brain’s visual cortex as well as in its limbic system which is responsible for processing memory and emotions.

DMT (N, N-Dimethyltryptamine), which causes hallucinogenic experiences, is made up of a chemical compound that is endogenously present in humans. It is structurally similar to serotonin and melatonin and has properties similar to psilocybin and LSD. This means our brains are inherently wired to process the drug because it has the essential receptors to do so. DMT has been suggested to be used as a therapy in treating depression, anxiety and other mental health conditions and also to help in self-improvement and discovery.

Recently, scientists medicated mini-brains with 5-methoxy-N, N-dimethyltryptamine (5-MeO-DMT), a chemical similar to DMT secreted by Incilius alvarius toads. It was found that a single 24-hour treatment with 5-MeO-DMT down regulated pathways that are associated with inflammation and substance-use disorders.

Unlike DMT, MDMA (3, 4-Methylenedioxymethamphetamine) or ecstasy is not a naturally occurring psychedelic. The drug triggers the release of three important neurotransmitters; serotonin, dopamine and norepinephrine and also increases the release of hormones; oxytocin and prolactin. This helps in treating severe anxieties associated with PTSD (Post Traumatic Stress Disorder) and Autism. Psychologists use MDMA to help reduce depression and anxiety among adult patients. Several clinical trials and statistical researches have confirmed that MDMA can successfully treat post-traumatic stress in military veterans and others. During this study, people with PTSD were able to deal with their trauma without withdrawing from their emotions because of the complex interaction between the amygdala and the prefrontal cortex.

Magic mushrooms are another such psychedelic with a history of use in health and healing. It contains a compound called psilocybin that causes a stronger interaction between the regions of the brain that are typically disconnected. Brain scans show that psilocybin triggers a different connective pattern in the brain that is only present during the hallucinogenic state. A study conducted at The Johns Hopkins University School of Medicine found that cigarette-addicted individuals treated with psilocybin completely quit smoking after their first session. It was further confirmed that even after one year, the participants had refrained from smoking cigarettes.

The therapy assisted by psychedelics can loosen complex, unconscious psychological stress. This stress triggers and contributes to all chronic medical conditions, from cancer and addiction to depression and multiple sclerosis. What makes psychedelic therapy so effective? Researchers say that it may be because the drugs work on a profound emotional as well as biological level. Patients experiencing a transformative sense of positivity, compassion, and harmony during “trips” may describe it as magical.