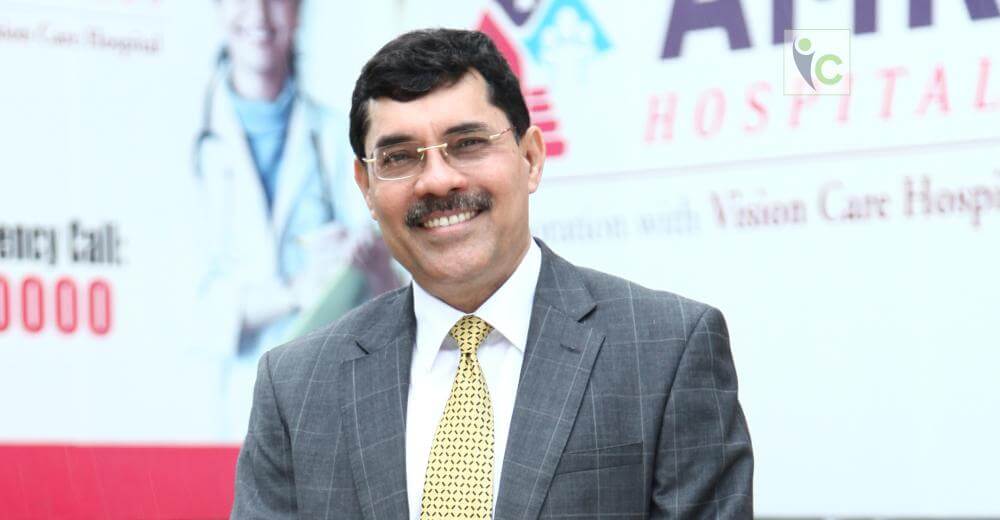 Challenges can be intimidating. However, they also have the capability of bringing out the best in a person. Had it not been for challenges and the necessity of action that they create, mankind would have been deprived of many great inventions and discoveries. Challenges nudge people to go beyond their comfort zone and look for opportunities they couldn’t find. It lets them discover themselves as an individual, their characteristics, strengths, and weakness that makes them up. And those who thrive through these challenges emerge as people who are looked up to and who inspire others.

As someone who has an insatiable appetite for new challenges, Rupak Barua, has not only won new frontiers for himself but also set a benchmark in the healthcare industry. The dedicated and target-oriented personality is credited with taking charge and turning around several private hospitals that otherwise would have turned into bad investments.

Since childhood, Rupak’s father instilled in him the value of leading a life that has to be meaningful and constructive, by being actively involved in helping others. He saw his father working till his last breath, determined, actively involved and associated with many welfare activities. The philosophy of his life was to serve people and to leave behind a legacy of service. And Rupak is carrying forward that legacy through his work.

Keeping his ultimate goal in mind, after completing a Post Graduate course in Marketing, Rupak successfully pursued MDP in Hospital Management from IIM-Ahmedabad and IIM-Bangalore. Healthcare is one such sector where one can be the part of a corporate structure, yet play a role in social welfare.

In a healthcare industry career spanning more than three decades, Rupak has held several senior positions in top corporate hospitals of Kolkata. He adds, “There is no denying the fact that my growth has been from the grassroots level. I started my career as a management trainee, from where I rose to head a renowned chain of diagnostic centers. I had a passion for marketing and explored new spheres of activity. Before joining AMRI Hospitals in 2014 as Group CEO, I was heading CMRI Hospitals, and later, BM Birla Heart Research Institute, which are both parts of the CK Birla Group.”

Taking up the charge of AMRI Hospitals in 2014, a few years after the Group had faced a major setback, was perhaps the most difficult challenge Rupak had ever accepted. He reminisces, “My passion for turning around an organization at its most crucial phase has been my forte. This time, too, I succeeded in re-establishing AMRI to a niche position. I also consider my efforts to redefine AMRI as the fastest growing healthcare chain in Eastern India to be a significant achievement.”

Ever since Rupak took charge as the Group CEO, he worked towards regaining and boosting the confidence of patients, doctors as well as other stakeholders. With huge support from the promoters of the Group, he spearheaded the launch of a new international standard super-specialty hospital at Bhubaneswar in 2014. He also led the charge to upgrade the other units of AMRI in Kolkata (Dhakuria, Mukundapur, and Salt Lake) with high-end equipment (some for the first time in Eastern India), besides getting on board fresh talent, both in terms of doctors and in the organization’s rank and file.

As someone who has been closely associated with the healthcare industry, Rupak feels that apart from the intrinsic challenges, many external factors have made the sector, a challenging one. The hospital, as a brand, needs to be pushed further, and even private players have to put in a lot more effort since it is not always possible for the government to take initiatives. While the government has played a significant role in developing and improving infrastructure, there still is a need to improve air connectivity, making tertiary hospitals accessible from all corners of the country. Also, brand promotion needs to be improved and made more widespread. Hospitals also need to attract patients from Bangladesh and other neighboring countries.

As an industry veteran, Rupak is seen as an influencer and a change-maker. Understanding his role, he leaves no stone unturned to bring required positive changes. In terms of his contribution, as an active member of several industry bodies, he has pushed for a more service-oriented healthcare system, with a focus on technology and merit.

At present, he is the Vice President of the Association of Hospitals of Eastern India, and the Chairman of CII (Eastern Region) Healthcare Sub-committee and Chairman (Eastern Region) of the CII’s Healthcare Skills Council. He is also an active member of the Bengal Chamber of Commerce & Industry, besides being the National Industry Expert of the Indian Chamber of Commerce. Through all these bodies, he has worked towards upholding the spirit of dedication, commitment, and transparency.

These are also the qualities that have been reflected in his current office as the Group CEO of AMRI Hospitals, which has, over the years, grown as the largest private network of hospitals in Eastern India. Rupak adds, “I believe my efforts to motivate the Group and to re-establish AMRI in a prominent place on the region’s healthcare map has worked in providing people with healthcare service that is both top quality and value for money, adding in a small way to the success of Bengal.”

With hope and utmost enthusiasm, Rupak shares, “A change I would like to see is healthcare becoming more affordable and accessible, with the help of the government. While both the Central and the State governments have put healthcare on their list of priorities, it would be a welcome change if the masses received the benefits of the massive technological shifts that are taking place in healthcare.”

Chalking the Growth Ahead

Digitization and technological advancements are two keywords that have disrupted all the industries as we see it, with healthcare being no exception. Rupak feels that with the world taking a major leap forward through digitization, healthcare service providers need to take a fresh look at all aspects of their services. This starts with regular operations to patient relations to providing value-added services.

Digitization of healthcare has also changed the ideas of telemedicine and they need to churn out newer ways to address the issues. Under the current circumstances, it is imperative that all private healthcare service providers should put the utmost importance on proper and seamless service, besides ease of access to quality care at a value for money rates.

This rapid growth also makes the healthcare industry as an attractive platform for entrepreneurs. Rupak believes that for aspirant healthcare entrepreneurs, the future can only get brighter, provided the necessary factors are in place. He adds, “In my three decades as a healthcare professional, I have realized that anyone staying in sync with advanced and latest technologies will have an edge over others. I feel the future will be completely rewritten by digitization and artificial intelligence, not just in healthcare but in almost every sphere of life.”

“The focus will be on quality healthcare at affordable cost, which will be further aided by the use of various digital tools. We are already working towards a paperless environment and the infrastructure of the future will gain largely from that, helping to bring down human errors to a large extent. If the upcoming generation of healthcare professionals keep these things in mind, they are bound to win”, predicts Rupak.