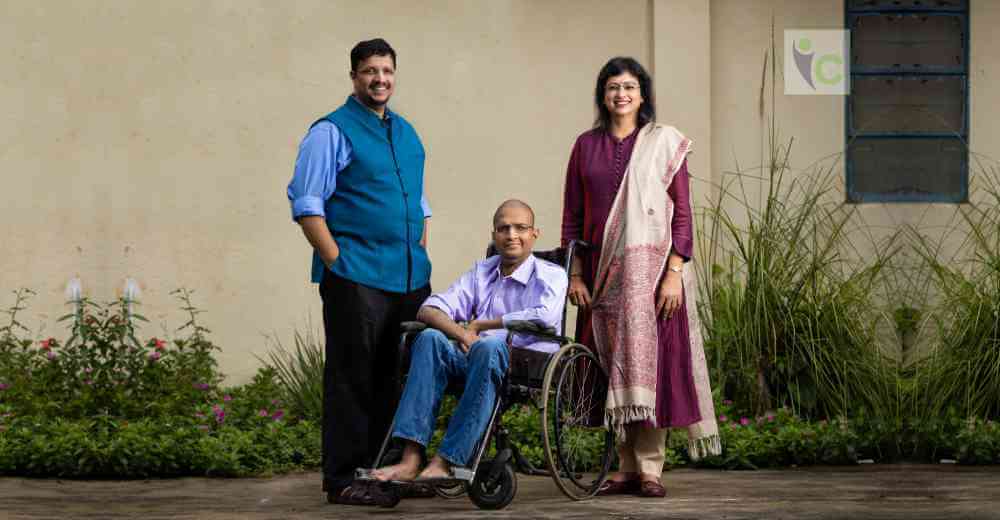 Disease or disability must have had its origins at about the same time as life. And ever since, there has been a necessity for creating cures or preventive measures to fight the disease-creating elements. Amidst this, Ayurveda also emerged as a method and discipline of curing diseases. Ayurveda is one of the oldest and most traditional methods of healthcare. The Sanskrit verse from the Ayurvedic text, Charaka Samhita explains its purpose, “Savasthasya savastha rakshanam”. It means to protect, preserve or promote, the health of the healthy. The treatment approach in Ayurveda is wholesome and health-oriented. However, the ancient wisdom of Ayurveda was based on time-tested theories that were proven by observation and insight based on knowledge from the vedas.

This is where Jammi Pharmaceuticals, a Chennai based Ayurvedic company stands out from the rest of its brethren. Jammi is traditionally ayurvedic in its approach to treating diseases and does not deviate from the original method of preparation of its medicines. However, it has harmonized western science methodologies with its traditional practice. The medicines produced here, are formulated, studied and tested scientifically. Jammi Pharmaceuticals’ traditional yet advanced approach has altered the science of healing and is redefining the future of healthcare.

History in the Making

Associated with Jammi Pharmaceuticals is the legacy of Ayurvedic Vaidyas that dates back to more than 100 years ago. This healthcare community was conceptualized propelling the thoughts of Dr. Jammi Venkataramanayya, the founding father of Jammi Wellness Clinic. He single-handedly eradicated the Indian Childhood Cirrhosis (ICC) from the Indian sub-continent. Starting from the late 1800s until the early1900s, Jammi Wellness Clinic focused on finding a solution for ICC as well as several other childhood diseases, known as balarogas. Throughout his life, Dr. Jammi has worked tirelessly to ensure that Ayurveda does not remain an esoteric field, but is widely practiced as a field of medicine that delivers wellness and quality care for all Indians.

Upholding this legacy, to carry forward the vision of Dr. Jammi Venkataramanayya and to widen its formulations across the length and breadth of India, the Chairman, Dr. Jammi Venkata Ramana, who is also the Chief Medical officer laid the foundation stone for Jammi Pharmaceuticals. Today, along with having many successful narratives for the cure of liver diseases, Jammi Pharmaceuticals has developed formulations to treat several diseases. The treatment targets the root cause of the problem and not just the symptoms.

This cutting-edge, top-end Ayurvedic startup enterprise, in its modern avatar, is a harbinger of hope to all those who are combating the ill-effects of Allopathy. “Being at the helm of Jammi Pharmaceuticals, I feel that it’s a privilege to be leading an organization that is reshaping how Ayurveda is perceived,” states Dr. Narasimham Jammi, the CEO. Aiding Dr. Narasimham in his mission of scaling Dr. Jammi Venkataramanayya’s vision is Mr. Ramanarasu Jammi, Director – Formulations and Dr. Anitha Balachander, Director – Operations & Research. The marketing efforts are being spearheaded by Mr. Madhusudan Rachuri, who has spearheaded Marketing activities at various MNCs over four decades of his professional life. The team at Jammi Pharmaceuticals aims to broaden its reach along with increasing awareness about the positive aspects of Ayurveda amongst people – especially the younger generation.

Jammi Pharmaceuticals does not debunk allopathy, instead, it believes that allopathy has its own place. It even works hand-in-hand with allopathy physicians to provide holistic healthcare to the company’s patients. An apt example of how the physicians of Jammi Wellness Center and allopathy physicians work hand-in-hand can be seen in its approach of treating cancer patients. Recognizing the fact that chemotherapy is one of the most accepted and cure-oriented treatment methods of cancer, the physicians of Jammi Wellness Center advice their patients to undergo chemotherapy. However, to overcome the severe and debilitating side effects of chemotherapy, especially on the liver, their patients are prescribed their time-tested liver formulation along with an immunity booster and appetite stimulant.

“Our decision to assay our legacy formulations and to elucidate their mechanism of action, will remain one of our greatest contributions to Ayurveda, marking a new chapter in Ayurveda and its acceptance,” comments Dr. Narasimham.

Jammi Pharmaceuticals has patented formulations and are preparing drugs for quicker relief and cure, without deviating from the traditional process of making it. “The efficacy of our combination drugs implies, where an allopathy physician would give you 5 different medicines, we’d be able to offer better relief with just 1-2 tablets,” asserts Mr. Ramanarasu Jammi.

The term Ayurveda means ‘the science of life’ and keeping this wisdom intact, Jammi Wellness Clinic does not just heal the disease it also heals the entire body. Both the Jammi Wellness Clinic and Jammi Pharmaceuticals is at the intersection of the 3 groups; cures that don’t have debilitating side-effects, cures that work with long-term benefits and diseases that have not been cured by allopathy.

Having excelled in curing liver problems over several decades, a sizable number of its patients are those with liver conditions, most of them diagnosed with Cirrhosis. The only treatment suggested to them by their (allopathy) physician is to get a liver transplant. However, physicians at Jammi Wellness Center examine them thoroughly and put them on a liver care regimen, and help them cure it. Any patient approaching the Jammi Wellness Center has a greater than 90% success rate in curing their cirrhotic livers. The Jammi Wellness Center educates its patients that liver is an organ that has great regenerating properties given the right kind of impetus and nutritional milieu. That is exactly what the patients receive at this Ayurvedic center.

Curing diseases without any side effects is also another significant feature of Jammi’s formulations. People who approach its clinic are usually those who have not completely recovered from their ailment after using allopathy medicines. The patient-friendly physicians of Jammi Wellness Clinic believe that allopathy completely destroys one’s ability to fight back, whereas Ayurveda builds you up from the inside. Patients of the Jammi Pharmaceuticals’ wellness clinic benefit with long term cures, minimal recurrences of the condition and have a higher chance of healing quickly without any side effects.

Jammi Pharmaceuticals has also created cures and health management pathways for a better life and holistic care. Its formulations offer a complete cure for all liver ailments, wheezing, and asthma, assuring a steroidal-inhaler-free life. It also has effective cures for PCOS and other gynaecological disorders promising a holistic approach to women-related health challenges. For conditions like migraine, digestive challenges, constipation, edema, diabetes, arthritis, etc and women-centric issues like PCOD, Jammi Pharmaceuticals has successfully relieved the patient of his/her ailment. In spite of using modern technologies, the medicines and cures of this organization are traditional and it has been kept that way to make sure there is no deviation from the principles of Ayurveda.

Additionally, this Good Manufacturing Practice (GMP) certified organization is counted among a few therapeutic companies that work towards maintaining healthy skin. It believes that healthy skin is an important aspect of the overall well-being of a person. Propelling the same thought, this organization has launched the “BeAYUtiful.You” range of skincare products which while representing Ayurveda in its most essential form, also ensures the overall well-being of the patients.

Jammi Pharmaceuticals’ unique and patient-centric care has helped it earn recognition across India. Predicting the future of Ayurveda, Dr. Narasimham says that Ayurveda is going to be the premier mode of treatment and a wellness route for everyone. With the rise in lifestyle diseases, Jammi Pharmaceuticals through its formulations and wellness center aims to reach out to the people and help them with their ailments and enlighten them about Ayurveda and how it is the only platform for a healthy life. “Overall, Ayurveda and Jammi Pharmaceuticals are well-poised to take on a larger demand from a health-conscious citizenry,” says Dr. Anitha Balachander.

Furthermore, Jammi Pharmaceuticals also claims that with the increased stress and pollution, skincare may not be a luxury but a necessity. As the largest organ, the skin needs a little care and pampering daily. “Our skin care range has a good following and we are expecting sizable focus and investment flows to this specialization”, concludes Dr. Narasimham Jammi.