Proteins are Better Biomarkers than Genes 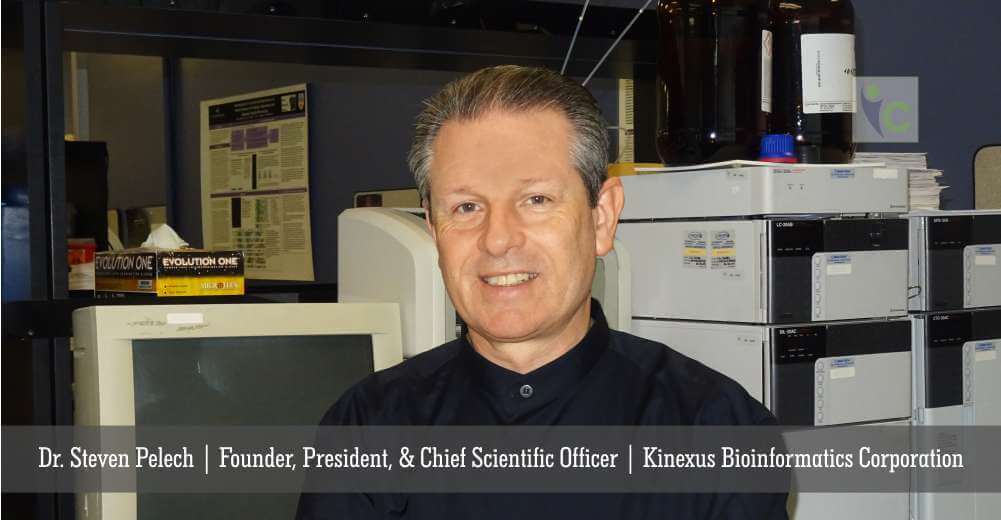 The costs of sequencing the order of nucleotide bases in the DNA strands found in chromosomes have plummeted by a million-fold over the last 25 years. The entire sequence of 2.9 billion nucleotide base-pairs in a single human genome can now be determined for less than $1000. Complete genomes of hundreds of thousands of people are expected to be sequenced over the next decade.

While the acquisition of such genomic knowledge was originally forecasted to herald better diagnostics and therapeutic treatments, the actual deliverables for improved health care have been disappointing. Excluding cancer, it has become apparent that only about 10% of the cases of the most common diseases that afflict our population have a genetic basis that can be ascribed to hereditary mutations in the DNA sequences of specific genes.

Over 100 million single nucleotide variants appear to exist in the human population, and perfectly healthy people appear to commonly harbour about 100 or so serious disease-associated mutations without any apparent manifestations of these particular diseases. Studies, with over 50,000 genetically identical twins, have shown no increased risks for the 24 most common diseases amongst the twins than for a twin with the general population.

Over 95% of the known 21,300 genes carried in the human genome serve as the blue-prints for the construction of all of the cellular proteins, known as the proteome. These proteins function like molecular robots to regulate and carry out all of the biochemical reactions needed to keep cells alive. Their programming for specific tasks is partly hardwired into the structures of these proteins as dictated by their gene sequences. But, they are also tightly controlled by reversible modifications after they are initially manufactured, which are added on by regulatory proteins that operate within cellular intelligece systems.

While gene sequences can provide some clues as to the potential functions and interactions of proteins with each other and other molecules, this information is extremely limited. Even now, we do not have a real sense of what over a third of these diverse proteins do, and less than 20% of these proteins have received any real serious attention in research labs.

The disconnect between genetic information and the actual occurrence of disease is due to the high impact of environmental factors such as diet, life style and exposure to agents in the environment that can affect the proteome. Proteomes are immensely complex and dynamic. For example, blood plasma may contain as many as 40,000 different protein products, and their individual concentrations can range over a trillion-fold. Consequently, tracking proteins offers much better insights into the occurrence of diseases than genetic profiling, and importantly the opportunity for more rational therapeutic intervention.

While about 21,300 genes encode proteins in the human genome, the actual number of distinct protein entities in the proteome may actually exceed several million, largely due to the range and degree of added modifications and other processing. More than 50 types of modifications have been documented in proteins, with phosphorylation as the predominant reversible regulatory mechanism. Over 85% of the proteome is known to be phosphorylatable at over 250,000 sites, but the actual number of phosphosites appears to be closer to a million. The occurrence of these and other modifications in proteins represent a rich source of biomarkers that may correlate better with the development of pathologies.

Most sites of known protein modification were originally revealed by mass spectrometry (MS). However, apart from being very expensive, MS requires milligram amount of biological sample material and is finicky for reliable detection of desired target proteins. For example, out of some 3000 phosphosites in proteins that have been well documented to be functionally important in the scientific literature, about 22% have not been reported in any MS studies, whereas another 16% were documented in only one of thousands of MS analyses that had been performed.

Antibodies have been well proven to be reliable and effective probes for the detection and quantification of specific proteins for their present and modification states. Over a million different antibodies against diverse proteins are presently commercially available. Furthermore, the printing of antibodies as individual microdots on microscope slide-sized chips with densities exceeding 5000 spots per chip has paved the way for biomarker discovery that is easily translatable into the development of routine diagnostic tests. Biomarker antibodies can readily be re-deployed into other tried and true platforms such as immunoblotting, ELISA, and immunohistochemistry.

Problems with sample preparation, high background issues, and low sensitivity of detection initially hampered the wide-spread adoption of antibody microarrays. However, recent breakthroughs on all of these fronts have poised antibody microarrays to become the most versatile, reproducible, and cost-effective tools in the foreseeable future for biomarker discovery, using as little as 25 microgram amounts of protein samples from crude, unfractionated lysates from cells, tissues, and bio fluids. High content antibody microarrays can identify the most appropriate and robust panel of biomarkers. When used to probe lysate microarrays printed instead with hundreds of patient specimen samples on each slide, these biomarker antibodies can provide accurate, comprehensive and economical diagnoses for diseases and for the monitoring of the effectiveness of therapeutic treatments.

Dr. Steven Pelech is the Founder, President, and Chief Scientific Officer of Kinexus Bioinformatics Corporation, and concurrently a full professor in the Department of Medicine at the University of British Columbia. He was formerly the founder and president of Kinetek Pharmaceuticals. He has authored more than 230 scientific papers and created the SigNET on-line Knowledge-bank.  Seasoned with over twenty-five years of experience in the areas of science, business, and administration, he has contributed leadership, vision, and strategic planning to Kinexus.