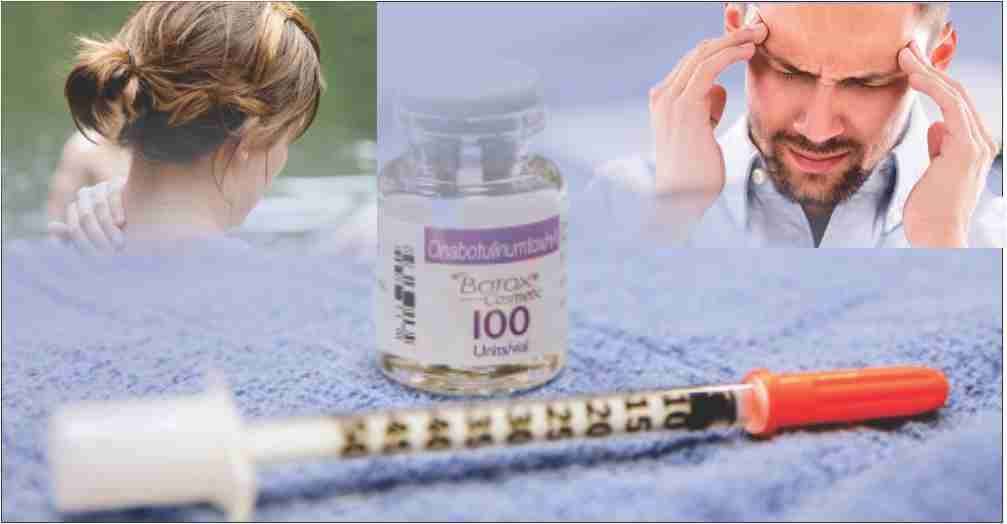 In every part of the world, Botox is mostly known for the amazing benefits it offers in the matters of skincare. You must be wondering what more Botox can do other than providing solutions to skin problems and anti-ageing solution. There are plenty of cases where Botox are used, and surprising results were found. Though popularly known for smoothing wrinkles, Botox is amazing the world of medical practitioners with its incredible results through its applications. This drug though derived from one of the most deadly and dangerous toxic material that man is aware of offers plenty of solutions to medical industry.

Since its inception and approval of use in the United States of America three decades ago, it is the most used item in the cosmetic industry. Slowly, Botox treatment is spreading its wings and showing the potential of its use. Reports indicate clearly that more than half of its revenue now comes from the sources other than cosmetics. It is now more employed in therapeutic treatments to cure health problems like chronic migraines and back pain to excessive sweating and depression than beauty care.

As per regulations made by the U.S. Food and Drug Administration (FDA) 2009, Botox treatment is required to carry a black box warning, which is the strongest type of warning label on any drug. The drug though has shown clear evidence of side effects on use like vision problems, weakening of muscles, difficulty in swallowing and breathing problems, professionals said that the use of Botox is safe when used in tiny amounts and administered by a licensed medical practitioner though the risks remain. Some of the unusual cases where the administering of Botox has shown extraordinary results are as follows.

A case study from the early 90s informs us that Dr. William Binder, a plastic surgeon from Beverly Hills found out that when he administered Botox to people for treating wrinkles, the patients reported having fewer headaches. Allergan, the company which owns Botox, later used it on the people suffering from chronic migraines and found positive results. Later in 2010, the drug was approved for this disorder, though the doctors are still not sure about the effectiveness of this medication on the disorder.

Botox treatment has not approved by the FDA for administering on the patients suffering from depression, and hence many medical professionals are doubtful about its usage. Experiments and studies suggested that the drug might alleviate symptoms of depression in people. It was found in a small study of 74 people suffering from this disorder that among the total number of individuals who received Botox, 52 percent reported having a decrease in the symptoms of the disorder while 15 percent informed to be it a placebo. The company owning Botox is still undergoing clinical trials to see if the drug can treat depression effectively.

Reports apparently say that Allergan managed to get the approval for the usage of Botox for this purpose and that too much before it was approved for treating frown lines between the eyebrows in the year 2002. The company got the drug approved in 2000 for its use in treating a cervical dystonia, a disorder which is characterized by abnormal head position and severe neck pain.

In a research done by the Dean and Chief Diversity Officer of the Loyola University Chicago Stritch School of Medicine, Dr. Linda Brubaker, it was found that among the total number of women who were administered with the drug, a major 70 percent of them reported about three leaks a day after taking in Botox whereas, it was recorded that they have informed to have five leaks a day on an average before taking the Botox. She said, “In my 30 years of medical practice, Botox was one of the most impactful treatments I had never seen.”

Along with beauty and skin treatments, doctors have found many other surprising uses of Botox. Though a plenty of them are not approved by the FDA and are still under trials by the company owning Botox, a lot of experiments successfully showed positive impacts. Doctors have found that along with the disorders discussed above; Botox is considered to treat disorders like abnormal heartbeats, severely cold hands, crossed eyes, cleft lip scars in babies, excessive underarm sweating, premature ejaculation and painful sex.