Dr. Raju Vaishya: A Personification of Hard-work, Dedication, and Success 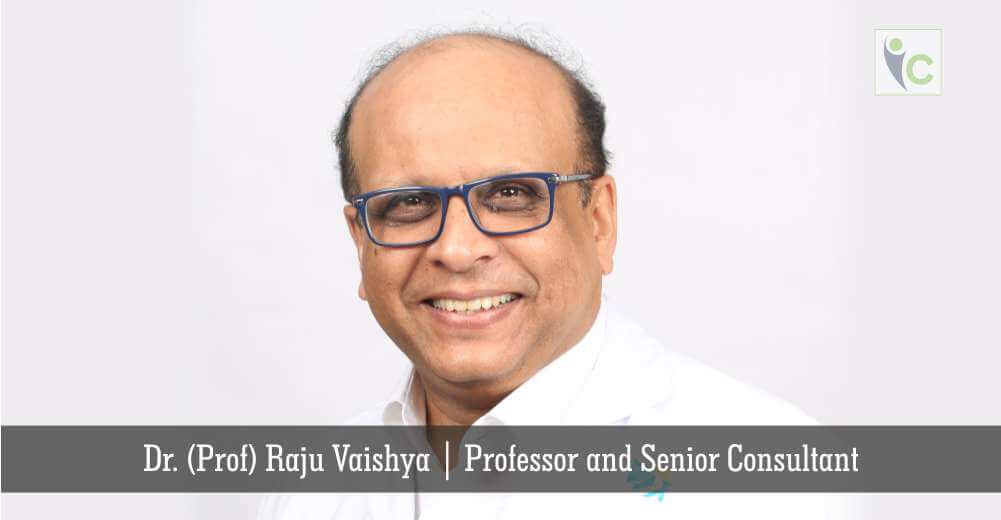 A dreamer is a soul that dares to see the future, to realize the ambitions, and to hope. However, to shape these dreams into a reality, it takes more than just courage. As an American statesman and four-star general of the US once rightly said, “A dream does not become a reality through magic. It takes sweat, determination, and hard work.” One such passionate personality, who with his continuous hard work and dedication achieved everything he dreamed of and more, is Dr. (Prof) Raju Vaishya. “I have experienced that the hard work, a focused approach, commitment, and passion are the critical ingredients for success in life. Thomas Edison once said ‘there is no substitute for hard work’, and it is undoubtedly the stepping stone to success. Hard work does not go waste, it gives a sense of satisfaction and makes one disciplined in life,” he believes. He is a Professor and Senior Consultant in the Department of Orthopaedics & Joint Replacement Surgery at Indraprastha Apollo Hospitals, New Delhi. Dr. Vaishya has bagged an endless number of awards, in both academic and non-academic areas, has more than 300 publications, in peer-reviewed and indexed medical journals. He is also engaged in the editorial board of several reputed medical journals and has many more such achievements. He has also featured in the Limca book of records four times, for his clinical achievements.

He has completed his primary medical education (MBBS, MS) from Gajra Raja Medical College, Gwalior (India), and subsequent higher super specialty training and education (MCh, FRCS) from the UK. He has had an outstanding academic career throughout.

Dr. Vaishya has been working at Indraprastha Apollo since 1996, where he is involved in patient care, teaching, and research. He is the team leader of his unit, comprising of seven to eight younger surgeons. Their practice focuses on the management of complex Orthopaedic cases like crippling arthritis, sports injuries, problematic and challenging fracture cases, and so on. Dr. Vaishya has been running a training program for the younger Orthopaedic surgeons for two decades and has trained hundreds of such doctors from abroad and India.

The Journey to Success

According to Dr. Vaishya, his desire to obtain adequate education and experience before jumping into the real practical world was of immense benefit in his later professional life. He completed the most coveted and prestigious degree of MCh (Orth) from Liverpool University, UK, at the age of 30 years only and became the youngest to do so. Also, during his training at the Robert Jones & Agnes Hunt Orthopaedic Hospital, Oswestry, UK, he was awarded the Professor’s gold medal for the best research. Soon, after completing his higher surgical training and education in England, Dr. Vaishya returned home, in the quest to serve to his countrymen.

“It was quite challenging to start and practice what I learned, in my home town Gwalior. Hence, I decided to move to Indraprastha Apollo Hospitals, New Delhi, on the suggestion of Shri Madhav Rao Scindia (our Member of Parliament) and was appointed as a Senior Consultant Orthopaedic Surgeon, at the age of 36 years only. From here, there was no looking back. I worked tirelessly hard in Delhi, but also did not disconnect with my roots in Gwalior, where I have been still visiting regularly for the past 22 years,” he says. Due to his clinical innovation, research, and publication work, Dr. Vaishya was awarded the title of an adjunct Professor of Orthopaedics by Apollo Hospital Educational Research Foundation (AHERF). Later on, the Royal College of Surgeons of England honored him giving the prestigious FRCS for his contributions toward medical field.

Driving Motivation from Within

Talking about what motivates him to work tirelessly towards better every day, Dr. Vaishya said, “I have a passion for serving humanity, through my profession. I feel that self-worth, self-esteem, and self-satisfaction are the main intrinsic motivating factors, which drive me to exceptional work performance. Setting individual targets and goals have also helped to enhance the performance. I believe that developing our motivation depends on recognizing our achievements and celebrating successes in order to keep us heading towards our goals.” He added, “However, sustaining the motivation is not easy, and I found that one way of doing it is by sharing our skills by coaching others to achieve their potential.”

Other than that, all of Dr. Vaishya’s family has a significant role to play in supporting him throughout his professional journey. His better half, Pallavi, encourages him to deliver the best in his work. His father, Dr. P.D. Vaishya was a leading physician and his mentor, who taught him the ethics and moral values in dealing with the patients and their families.

Advice from the Wise

Achieving all that he has today, Dr. Vaishya is an inspiration to many. He believes that leadership lies in producing more leaders, not followers. Guiding the young, upcoming doctors, he says, “Stay focused, go after your dreams and keep moving toward your goals. It may be a rough road that leads to the heights of greatness. It is not enough to have a good mind; the main thing is to use it well. Try to help others; if you cannot do that, at least do not harm them. Thomas Jefferson rightly said, “it is neither wealth nor splendor, but tranquility and occupation which gives happiness.” Empathy and commitment towards your patients and colleagues are crucial ingredients for being famous and successful. Last, but not the least, Ethics and Morality are the two main pillars for success and goodwill and must, therefore, be strictly followed.”