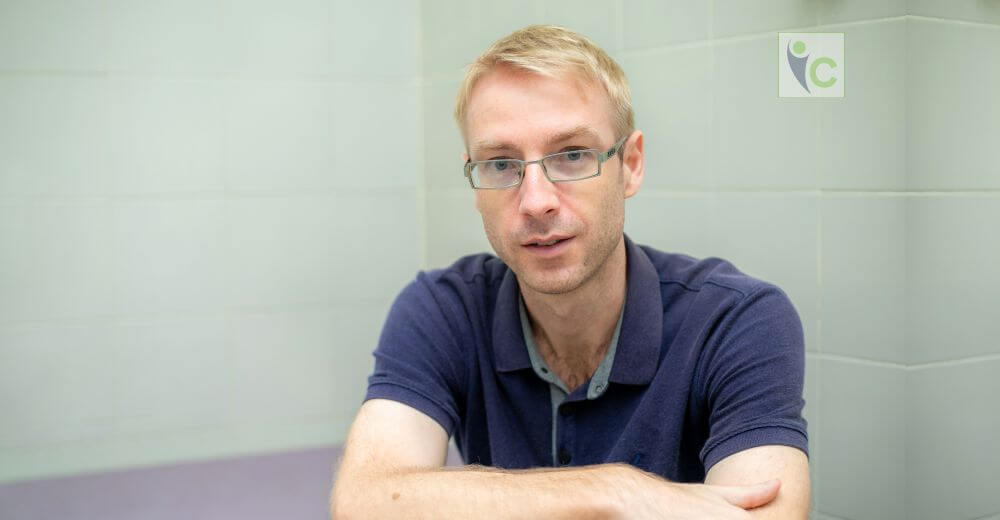 Cancer Care has become a major industry with a three-digit billion dollar market size wherein big pharma and medical companies are on top. Despite all good efforts, cancer diseases are detected too late in patients and remain incurable. Good diagnostics with respect to early detection and correct stratification are most certainly part of a notable solution.

But the reality of cancer diagnostic tests is that it is not being up to the task. It faces many problems such as insensitivity at an early stage, inconclusiveness about malignancy, false-positive detection, an unhealthy degree of diversification of diagnostic tests and testing, etc. Yet, last but not least the health risks (including cancer) incurred by invasive and radiological diagnostic procedures. In other words, there is ample room for innovation. One innovator having a similar approach and a Ph.D. in Pathobiology is Dr. Stefan Schreier, the CEO of SanoLiBio. He is setting a benchmark through his consistent efforts in cell separation and diagnostic test development.

Basically, he wanted to develop assays in the field of general magnetic particle-based cell separation technology. His journey in the field of medical technology pertaining to cell-based liquid biopsy has opened new opportunities and potentials that will accelerate liquid biopsy progression. Initially, he worked on some Malaria related projects being part of a previous start-up team but soon he encountered the topic of cancer. His mindset quickly shifted towards entrepreneurship after the cell separation technology gained more attention for liquid biopsy. At that time the start-up managed to raise funds by making a pitch at the Y-combinator in the US at the end of 2014.

However, the team lost its cohesive approach towards the work. It led to the dissolution of the team in 2015, which then pursued Dr. Stefan to work independently on his own field related ideas. Against all odds and voices of his friends and family, Dr. Stefan convinced about the feasibility of two inventions continuously conducted laboratory work on his own expenses. Eventually, in 2016, his efforts bore fruits in the form of a patent. This marked the intent to commercialize one invention and was reason enough for his current partners to be on board for kick-starting the project, later called SanoLiBio.

SanoLiBio is a german based start-up that is focused on the enrichment of rare cells in general and circulating tumor cells (CTCs) in particular taken from the liquid biopsy. CTCs are seen as the early-stage cancer biomarkers. These biomarkers are commonly expected to be the first detectable sign of cancer in the human body.

The SanoLibio project is mainly centered around cancer. The project intends to spearhead diagnostic innovation in biomedical technology initially focusing on blood cell purification applicable for cancer diagnostics, as the most basic step of cancer liquid biopsy. This Medtech start-up is currently at an infant stage in the liquid biopsy industry. It is blessed with good genetics and apt parents and is seed funded. The project was born in 2016 out of the idea to improve general cell enrichment and then incorporated in 2017 with the ambitious goal to evolve health care diagnostics.

Hailed as the holy grail in cancer diagnostics, the liquid biopsy was born out of the finding of tumor cells or free tumor DNA in the blood of cancer patients. Nevertheless, after more than 2 decades in R&D, the field mostly struggles with the same old low sensitivity problem. One problematic issue is the paradigm of marker selectivity, preventing an overall picture of the cancer system in afflicted individuals. This is perhaps best represented by John Saxe’s parable of ‘The blind men and the elephant’. Another big issue is the loss of desired information along with sample processing as such being an inherent technological problem.

“There has to be a better way and we think we may have found it!,”shares the team of SanoLiBio. It is all in the blood. It is well expected that blood holds a lot more information about the health status than we as humans are currently able to read. The key to more accurate information is held by a cell population that in sum reflects and determines health and is referred to as circulating rare cell population occurring in concentrations often not more than a few cells per ml blood. The most famous representative within the rare cell spectrum is the circulating epithelial cell, that is in the setting of cancer patients often referred to as circulating tumor cell. Current knowledge about this rare cell population is the tip of the iceberg and its gain is mostly hindered by unawareness or inapt technology that prevents access to it.

Nevertheless, the high potential of this rare population in biomedical applications has been recognized that include diagnostics, regenerative medicine, non-invasive prenatal testing, and pharmacodynamics. According to the research conducted by SanoLiBio, its composition is extremely diverse up to the individual level. It is almost like a fingerprint and highly sensitive to any physiological imbalance, ideal for the detection and characterization of early cancer and pre-malignancies. With regard to diagnostics, such a blood test would be of undoubted improvement in cancer as part of a bigger picture being general health care. “We have spent most of our efforts in the past 3 years to firstly develop and optimize technology primarily aiming at loss-free ultra-high enrichment, now allowing us unhindered access to this desired cell population and secondly to develop methods to maximize information output,”says Dr. Stefan.

“I consider myself foremost as an inventor and innovator, constantly questioning the status quo in any aspect,” states Dr. Stefan. In his personal life, he is a family man. In view of the voyage as steps in the right direction, the significant role of his parents laid the ground for a beneficial education path. When asked who has been Dr. Stefan’s role model is, he said, “There is none, and there is everybody.”It is certainly not wrong to say that almost anybody would have something to teach for someone, and accordingly many people influenced his thinking directly or indirectly as well as inspired him along the way.

As far as his source of motivation is concerned, there is so much to it. “I get a lot of motivation out the ‘set in stone’ belief in the success of the project,”describes Dr. Stefan. He also gets a thrill out of discovering new things or creating new knowledge, achieving the goal and at the same time enjoying the reward, which generates the love for the activity itself. “Despite the financial insecurity when starting up a business, I felt quite comfortable basing livelihood on my own wits and terms,”he adds further.

Sharing his opinion on industry scenario, Dr. Stefan explains, “Main players, particularly in cancer diagnostics are histopathology, imaging, and blood analysis. Blood analysis is mainly separated into serum markers, free-circulating DNA and intact rare cells, the latter two being denoted as liquid biopsy. Giving an outlook in a very undifferentiated perspective, the highest potential for improvement has the cellular blood test that still can be considered as a revolutionary innovation. This view is based on the insight that whole intact blood cells are non-invasively accessible and carry health-relevant information that is most of all complete, as in contrast to imaging data, reading DNA fragments, quantifying proteins, or fishing out signal transporters called exosomes. Therefore, particularly, the cell-based liquid biopsy may come out of the shadows and prevail in some aspects of pre and post-clinical diagnostics and most likely in therapy monitoring. It is, first of all, a question of technological advancement. Whoever comes up with adequate technology that allows complete analysis, will lead the field. However, disruption in terms of replacement of established methods, such as histopathology is unlikely for their proven reliability and the potential improvements when used in combination.”

The industry is without a doubt complex and challenging, as is well known to investors considering early start-ups such as SanoLiBio, a high-risk business. On top of that, the liquid biopsy’s premise of a simple and accurate cancer blood test lost credibility and perhaps can be ascribed to the so-far unachieved realization of truly early detection and prevention. As to pour oil in the fire, developers need to keep on labeling their progress with buzzwords such as breakthroughs, new era, or outperformance, revolutionizing etc. to gain much needed public attention. Yet, in the long run, an unfavorable notion has been prevalent for a very long time is making it harder for the firm to gain open ears for its quest.

At the technological level, a great challenge is to work with live matter such as cells in biomedicine. The existence of countless parameters for the biological system forces developers such as SanoLiBio to focus on reproducibility in assay development. This makes a start-up venture extremely laborious, lengthy and costly when compared to for example the very popular Software App development.

Although, Dr. Stefan’s past experience only helps to avoid a small portion of the problems, yet the start-up environment constantly produces new challenges that can only be handled by a creative and open mindset. Most certainly, the teamwork is critical for progression. Hence, the requirement of good communication practice with respect to frequency, tone, and detail is necessary thereby creating a motivated and healthy environment.