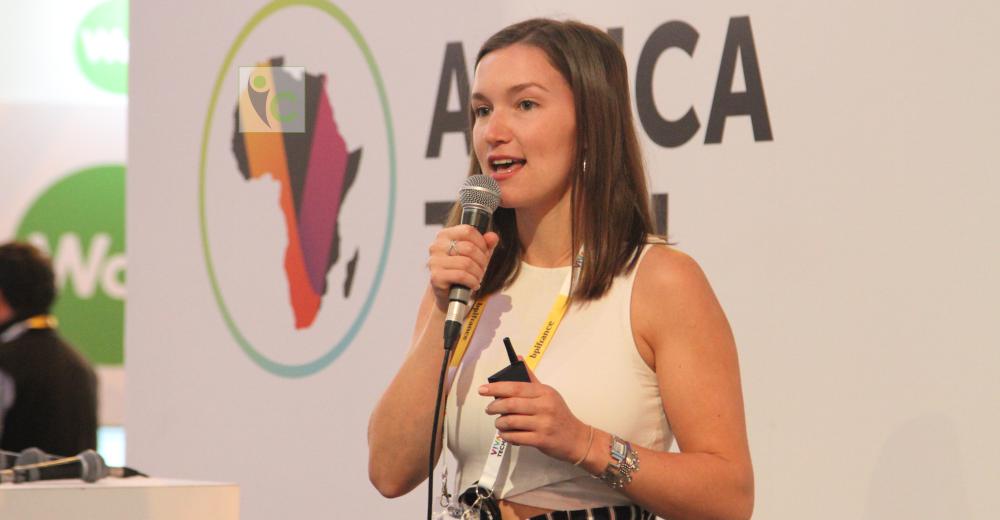 A leading entrepreneur who is committed to bring innovations in the healthcare space is Enya Seguin. She is the CEO and Co-founder of YAPILI. For Enya, the greatest professional and personal milestone was to guide YAPILI from ideation into an early stage business.

The idea for YAPILI started with Co-Founder, Mindo Kaziulis, during an ‘incubation trip’ across Rwanda with an NGO back in 2014. The mission of the incubator was to harness innovation in electronic-health in Africa. Although today’s YAPILI is very much aligned with the initial idea back in 2014, various changes came into place in order to adjust the company’s solution to contextual elements and demand in its target markets. Initially, the idea for YAPILI consisted of a platform for patients in African to connect with local doctors on their app. The ultimate aim of this solution was to work towards the establishment of electronic medical records in African countries. YAPILI or “ya pili” in Swahili, stands for second option. As a health-tech innovation, the company acknowledges that a visit to the doctor can be more effective in many cases. However, as there are many barriers and deterrents for Africans to access healthcare, a second option is needed.

The initial concept was challenged by the availability of doctors in rural areas as well as in cities, in comparison to the demand for health advice. The brain drain of African doctors added to the issue. Furthermore, the co-founders wanted to build YAPILI into a far-reaching solution, and decided that they needed all sorts of medical professionals onboard including nurses and community health workers. The premise for the creation of what YAPILI stands for today states, “We no longer need to be constrained by borders to enhance access to health. Due to the increasing access in mobile technology and connectivity, across the African continent, we can leverage medical expertise around the world to provide health advice in Africa.”

This gave rise to a cross-border solution that connects users in Africa to various health professionals around the world via the YAPILI app.

The company obtained seed-funding in the Netherlands and was incorporated in The Hague. YAPILI then established the first cross-border health advice framework with the due efforts of a leading Dutch law firm. The company launched the proof-of-concept pilot in 8 African countries. The product, an app and web platform, could be accessed for free. From there, they obtained insights on why people were using YAPILI, their health status, and their demographic. These were important data points towards optimizing the solution into its next stage.

Through YAPILI’s agility towards responding to feedback from its users, YAPILI became what it is today and Enya hopes that the data will continue to morph the company into a solution that is demand-driven. Today, YAPILI is a micro-subscription service for health advice and online follow-up. In African societies where professional medical facilities are scarce and costly, this trail-blazing firm offers new opportunities to establish confidential contact with local and international health professionals. YAPILI helps in cases of pregnancy & family planning, HIV, sexual health, mental health, and generic primary care questions.

YAPILI connects African users to local and international professionals for health advice. Users sign-up on the app or web platform and fill-in their personal information. Based on the needs and preferences of users,  they get connected to ideal matches of health professionals or “advisers”. Once users selects an advisor, they can use image sharing and chat options. The roadmap includes exciting plans for the future of YAPILI, which the company is trying to raise funds for at the moment.

On asking her about personal achievements and professional life, Enya said, “Surround yourself with people who inspire you. Make sure you have mentors who can provide guidance and feedback on key elements of your business; such as your financial models and team composition. Reach out to your local impact hub or innovators’ community. Depending on the foreseen scale of your innovation, grow a broad network of professionals inside & outside your sector. Lastly, your team is the single most important asset when starting up. Make sure you are surrounded by colleagues who are invested in the mission and believe in the vision. Unfortunately, team members will come & go and that is just part of the journey.”

According to her, a great leader is one that distributes leadership to ensure that each individual reaches their maximum potential and also one that can balance pragmatism with compassion.

Her Motivation behind Work

Enya gravitated towards the healthcare industry due to the combination of clear gaps and growing opportunities. Besides, the ways that health improvements could positively impact economic performance, education, and overall prosperity in developing countries also drew her to working in healthcare. She further believes that entrepreneurship and the private sector can have enormous impact on Africa’s healthcare systems. Enya believes this is more than enough to keep her committed to this industry for a lifetime!

Under the small yet powerful team at YAPILI, their solution has impacted over a thousand individuals across the African continent by connecting them to health advice by a licensed professional. Though the company is in its nascent stage, YAPILI has represented the impact social enterprises can create, with little financial contributions and zero investment.

A recent achievement was to receive the invitation to attend sessions at the WHO Africa Regional Office with fellow entrepreneurs and leaders in the healthcare and life sciences domain, to develop a roadmap for governments and leading bodies in Africa. YAPILI was voted the ‘Best Social Impact Start-up in Southern Africa’ and also won the Botnar Foundation and Sanofi Challenges related to health technologies in Africa. Also, they were the winner of Seedstars Botswana and won second place and public prize at The Hague Innovators Challenge.