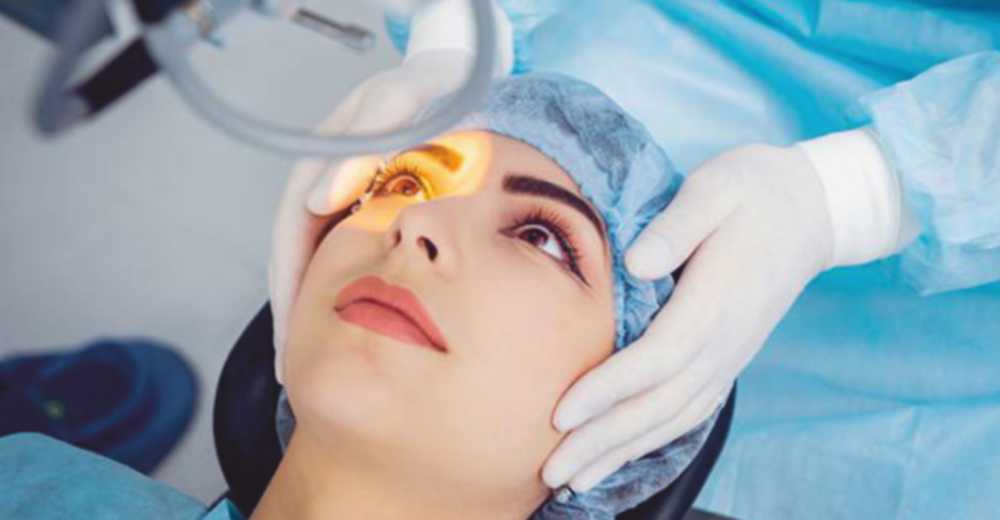 The technologies are advancing daily, and the medical science is utilizing these technological advancements to an extreme level. The eyes are one of the most sensitive organs of the human body. It irritates even if a small eyelash falls on the eye-ball. So, an operation inside the eye is something that is quite difficult to imagine. Most people are scared about the words “Operation,” “Surgery” and “Cuts. They still get a hope when some renowned medical surgeon performs the surgery, but it is worrisome to have one’s eye operated by a robot.

It is a well-known fact that computers and robots are more accurate than humans. Humans are more prone to make mistakes, and a mistake during a surgery may even cause the death of the patient or some serious injury which can stay on for the lifetime. But during surgery, the patient feels more confident with the hands of a professional surgeon and they know that even if those knives and scissors make a wrong cut, the experience of the surgeon is going to rectify them and cure the patient with extreme precision and care. On the other hand, robots are something which is emotionless and does not know what it feels like to have pain.

To the scientists and doctors, the main aim is to increase the level of accuracy. An experiment was performed by the surgeons where they used a robot to operate inside a human eye to improve the precision of a delicate surgery while removing the fine membrane growth on the retina. Doctors informed that if it is left unchecked, then such growth distorts vision and can ultimately lead to blindness in the affected eye.

The surgeries were so far performed by the eye surgeons only. While keeping in mind, the narrow opening of the area to operate and the delicacy of the retina, the doctors decided to take the help of robots to perform this. Medical professionals and researchers suggested that even highly skilled surgeons can make unnecessary deeper cuts which can lead to minor hemorrhage and scarring and ultimately leading to visual impairment. They added that even the pulsing of the blood through the surgeon’s hand is quite enough to affect the precision of the cut.

The professor of Ophthalmology at the University of Oxford in the United Kingdom Dr. Robert E. MacLaren has mentioned that this technique is a vision of eye surgery in the future. The professor was the one who led the team to perform and study the experimental surgery. MacLaren’s colleague Dr. Marc de Smet, who is an Ophthalmologist in the Netherland and a major contributor to the robot’s design, said in a statement about the robotic surgery, “We have demonstrated safety in a delicate operation. The system can provide high precision [at] 10 microns in all three primaries directions, which is about 10 times more precise than what a surgeon can do.”

This type of condition in which the membrane grows on the retina is known as an epiretinal membrane which is a common cause of impairment. Scientists define retina to be a thin layer located at the back of the eye which converts the light waves into nerve impulses, and after that the brain interprets it as images.

Maclaren informed that the surgery is very complicated but removing the membrane can improve the vision of the affected eye. The membrane is about tenth the width of a human hair, and it is required to be dissected from the retina without causing any harm to it. The whole process is performed while the eye of the patient is anesthetized. To improve the accuracy of such a critical surgery, DeSmet and his Dutch-based team Preceyes BV, which was established at the University of Eindhoven, developed the robotic system over duration of about 10 years.

Reports suggest that surgeries have been performed with the help of robots in various cases like hysterectomies, prostatectomies and it is done while removing cancerous and diseased tissues. But it was the first time it was used on such sensitive organ like eyes, and it was successful.