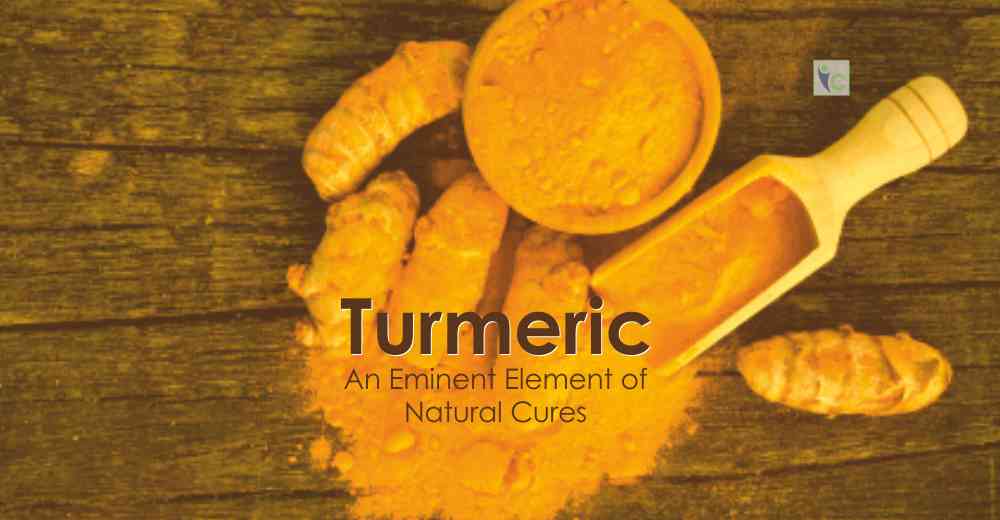 The practice of Ayurveda has been considered as an ancient one, which is extremely well documented in various historical scriptures. The best part about it is how relevant it is even in the modern world. This form of healthcare finds its origination over 5000 years ago. Essentially, it is not just about consuming an herbal concoction and awaiting results. Rather, it pushes people towards valuing their own body and working towards healing it naturally. There are innumerable remedies mentioned in the Ayurveda which use products that are commonly found in every household. One among them is Turmeric, a root plant and a commonly used spice. Its stark yellow color and the distinct fragrance is how one can identify it. It holds multiple benefits which make it an important substance required to maintain good health.

Unearthing the Unprocessed Goodness of Turmeric

The rhizome’s primarily comprises of curcumin which provides the unlimited benefits present in it. This yellow root also contains over essential oils such as germacrone and zingiberene. It is interesting to note that one ounce of turmeric provides over 26 % of the daily pre- requisite of manganese and 16 % of iron. There are plenty more reasons to implement turmeric into the daily diet. Here’s a glimpse into how important turmeric can be for the overall health of humans.

Natural Painkiller- Turmeric’s primary component curcumin, has anti – inflammatory properties. It assists in the reduction of pain which may be caused due to surgery or even burn injuries. It also provides relief from neuropathic pain and these painkiller properties are said to be similar to an analgesic. This is also why turmeric is advised for those individuals suffering from osteoarthritis and rheumatoid arthritis.

Safeguards the Human DNA from Damage – Another function of the herb is to act as a shield for the DNA due to its geno – protective quality. According to a certain study, turmeric in an aqueous form may provide over 80 % protection from any kind of harm to the DNA.

Providing Digestive Benefits – Turmeric is a boon for those facing digestive issues. The spice helps in healthy functioning of the gallbladder, hence producing the required amount of bile to ease digestion. It also assists in relieving the stomach from gas and any acid reflux. Additionally it also soothes any ulcers or inflammation within.

Assures a Healthy Respiratory System- To those who may have a habit of smoking, turmeric is the most significant element to add into their system. The curcumin works excellently as an antioxidant while healing the lungs of any inflammation that may have been caused due to the cigarette smoke. One of the most significant ways that turmeric heals is by aiding in healing cold and cough. It is one of the most ancient ways that the spice has been used so far.

Alleviating Brain Health and the Mood – Various studies have tried, tested and suggested that the curcumin content in Turmeric acts as an antidepressant. Depression is said to be a mental illness that leads to reduced level of brain – derived neurotrophic factor and also shrinks the hippocampus which is related to the learning and memory functions of the brain. Turmeric has the ability to boost these levels and also reverse any effect the illness may have had. It is also said that curcumin may be capable of enhancing the neurotransmitters serotonin and dopamine. If an individual is displaying signs of Alzheimer’s,It can be used as it also functions as an agent to reduce beta amyloid plaque. This may help in slowing down the symptoms and eventually completely eliminate the illness.

Functions as an Immunity Booster – A healthy immune system is extremely beneficial to the overall health of the body and turmeric helps in doing just that. A component known as lipopolysaccharide stimulates the immune system along with its anti – viral and anti – bacterial elements. Curcumin also stalls the formations of certain cells that may cause obesity and heart disease if they’re overactive. Tuberculosis may also have a cure as consumption of It may destroy the bacteria that cause a drug resistant strain of the disease.

Actual Food for the Skin – The skin is one of the largest organs of a human body which requires extra care in order to help it maintain its elasticity and overall health. Apart from consuming it, one can also use turmeric for external application in the form of a paste. Applying a its mask can help in reducing any tan on the skin and also provide a protective layer to save the skin from the harmful rays of the sun. Skin conditions such as eczema, psoriasis and the extremely common acne are capable of being cured using turmeric.

Beneficial for Overall Bone Health and Joints – The human skeleton is the base of the body and it is essential to maintain its health in a proper manner. The bones constantly require protection from inflammation as the structure is constantly in motion which is why a paste of it also helps in the treatment of fractures. It also protects the bone tissue and ensures that it heals effectively.

It is an element that can be used universally in any form and is helpful for the human body from head to toe. This spice being one that is easily accessible is also the most effective with the ability to heal multiple things, justifies its prominence in the ancient Vedic texts.