Virtual Reality: A Simple yet Interactive Remedy for Phobias and PTSD 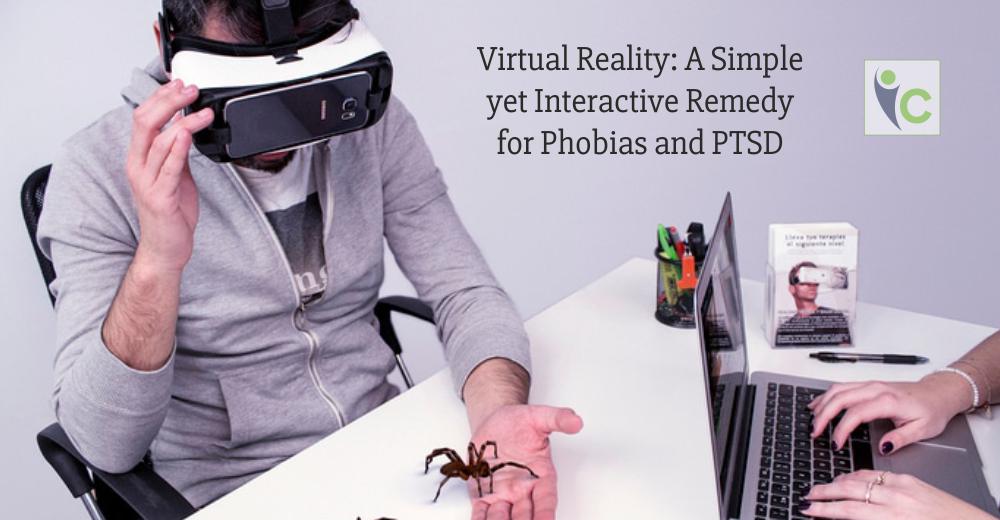 Technology in the past 20 years has become a part of all mainstream sectors. It can be observed that the equipments that have been invented today are far more advanced and also in an affordable price range. Who would’ve thought a few years ago that the something meant predominantly for gaming industry will be of use to the healthcare sector? Computer games today have come a long way from the time of basic highly pixelated ones to the extremely realistic ones today. The additional feature of implementing virtual reality into games has turned them into matters of research. This unique idea has added on to the usefulness of VR.

PTSD and Phobias: Signs to Look Out For

When people have been through incredibly traumatic conditions, the mind is capable of making the memories resurface in vivid forms of imagery. PTSD or Post – Traumatic Stress Disorder is one such condition where a person who has endured through some difficult situations isn’t able to recover. Due to this the person starts displaying paranoia, anxiety and nightmares.

Phobias are also similarly crippling as they stop a person from living life to the fullest. This type of anxiety disorder causes extreme and irrational fear in people about various situations, living creatures, places or objects. If faced with something of this kind, they feel nauseous, start sweating profusely and experience irregular palpitations.

If you have noticed or felt signs like these occur with yourself or a loved one, the wisest thing to do is to consult a professional for help. One of the best cures one can find is virtual reality. Recent research with regard to virtual reality has counted it to be one of the best ways to ease a person into a certain situation and help them come out of it. This is almost like the traditional exposure therapy where a person is physically made to slowly step out of his mindset of fear. For example if it’s fear heights, the doctors slowly take you into places which are on higher levels. They take you into it firstly with a group for support, and then reduce the number of people. This is done with every level increased until the person starts feeling comfortable with it and eventually not fearing heights anymore.

Though effective, a lot of people back out of this and hesitate in taking the next step because it is reality and it makes them uncomfortable. Also a lot of therapists urge people to use their own imagination and creativity to set up a scenario in your head. It is also said that only 15 % of the population generally has a good enough imagination which is why relying only on it cannot help entirely.

Due to this, using the same method in the world of virtual reality has been considered a welcome change for people. All you are given is a virtual reality headset in which a video is played. You find yourself at the top of a small house at first, which makes you feel good. As the sessions go on the video played shows you at the top of higher buildings. This is especially beneficial as even if you panic and take off the headset; you realize you’re still in the comforts of the therapist’s office.

This repeated exposure to your fears then helps recognize that it’s all in the head and nothing more. And though it may occasionally feel slightly troublesome, you will get adapted to it hence diminishing the fear. This is where there is a realization of the slowly developing a sense of control over your fears. The same is used for patients who suffer from PTSD. The sensory element in it helps them heal faster. This also reduces the chances of a relapse and hence helping them becoming comfortable amongst the normal world again.

A Game changer for Mental Health

In order for this remedy to be adopted by a majority of the healthcare sector, reduction in costs can be an effective solution. The computer and VR headset with the software usually starts at 2000 USD. It is a concept that has been changing the lives of people and hence becoming a necessity for everyone as it is a technology that everyone is comfortable with.