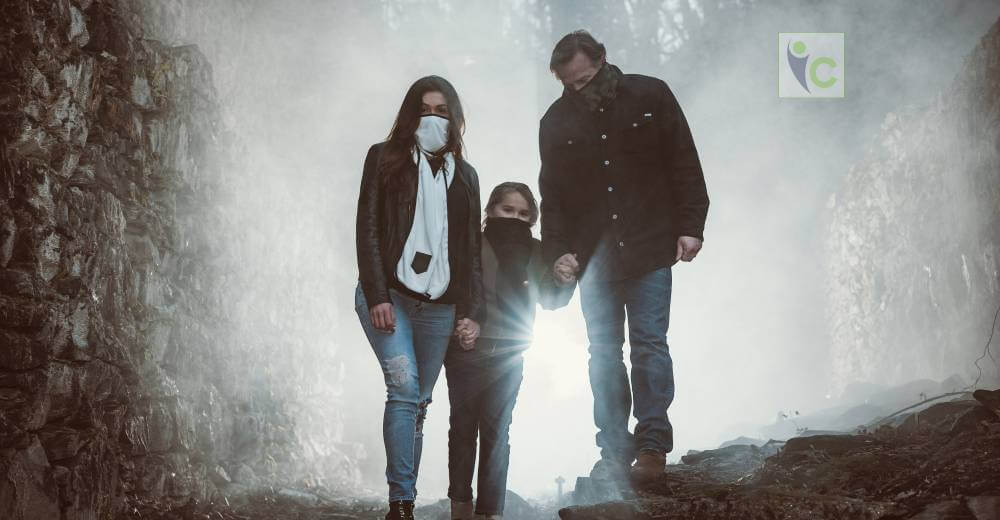 In the individual race of achieving all the luxuries of life, humans have been creating huge problems for themselves as well as the nature. The increasing pollution has not only harmed the environment, but it is also taken a huge toll on human lives. Currently, major parts of the world are facing issues related to air pollution. Air pollution is one of the leading reasons for the majority of lung-related diseases today. Many countries have realized the seriousness of this issue and have started working towards building a sustainable, environment-friendly solution.

Amidst the world of smoke, dust, and pollutants, Bioscarf is a new product dedicated to pumping clean air in the lungs of people around the world. It has come up with the most innovative idea and has made a scarf that will protect people from dust, dirt, and various microbes. The scarf has an N95 particulate filter hidden inside the scarf so users appear to be using a normal scarf when in reality they have the protection of an N95 mask. Based in Atlanta, the company has been supplying its products to customers around the world.

The Bioscarf is the first fashionable scarf with protection built in.  The scarf consists of a patent-pending material that is made up of a particulate filter that is embedded into the fabric. Now, people can keep their concerns about air pollution aside and go out for a bike ride, board a bus, a plane or just walk down the streets with a Bioscarf. The scarves are attractive and provide users comfort and protection, whenever and wherever it is needed.

The Prominent Faces of Bioscarf

Carlton Solle and his wife Hazel Solle are the Co-Founders of Bioscarf. As Carlton says, “I was looking for a way to protect myself without having to wear one of those masks, I mentioned it to my wife, she came up with the idea and brought it to life,” says Carlton.

The seed of Bioscarf came from its co-founder, Mrs. Hazel Solle. The idea came when her husband, Mr. Carlton Solle, became ill during his trip to China. He visited a local doctor who informed him that the probable reason for his sickness is due to complications related to air pollution in the cities. On this, Mr. Solle raised a genuine question on what are the possible options to protect himself in the future from such sickness. The doctor then suggested that he could use a mask to keep away various allergens, bacteria and dust particles from entering his body through breathing.

After returning to his home in Atlanta, he explained the whole scenario to his wife, Mrs. Hazel Solle. As Mrs. Solle grew up in the countryside in Costa Rica surrounded by farms. This area usually lacked electricity and to make a small object, they had to make everything from scratch. She was a doll lover and she had two dolls while growing up. She used to design various outfits for these dolls from the scraped cloth pieces. But, there was hard luck finding such fabrics and the ones she would come across were small scraps.

She utilized these scraps to make scarves for her dolls as it wasn’t possible to make outfits of such small pieces of fabric. When her husband mentioned what had happened, she went back to her childhood memories and those scarves that she used to make for her dolls and that’s when she came up with the idea. Something fashionable that could add a special touch to any outfit but that could also help protect one from the pollution at the same time.

“Every year, millions of people die from poor air quality and air pollution-related illnesses. We created the BIOSCARF to help change that! Because many of these people lack the resources to protect themselves, we donate scarves to people at risk around the world,” says Hazel. “Experts say that over 2 billion kids around the world are breathing toxic air and nobody is talking about it,” she continues.

Bioscarf is a unique product that is handy, elegant, yet serves the purpose of protecting people very well. It is made up of a unique material that includes N95 filtration that is built in the scarf and provides protection. This patented material creates a barrier for dust particles and various microorganisms from entering into the respiratory tract.

Bioscarf has been featured in various best selling newspapers and magazines all over the world. This is possible only due to its uniqueness and trendy look. Some of the popular features say:

“Looks like any old neck warmer but there’s a filter hidden in the fabric that blocks germs, pollen,

and air pollution.” – Outside Magazine

“The Bioscarf will remove virtually any infectious organism you can imagine.” – David B Cory / Baylor College of Medicine

“Fashion with a function.” – Fox News

A Step towards Healthy Lifestyle

“We started out with Bioscarf – the world’s first scarf with air pollution, smoke, allergy, cold, and flu protection built right in. Now, we are expanding our product line to include a full line of apparel with protection built-in our own G95 wearable technology and the world’s first sustainable single-disposable masks for the medical and professional markets.” asserts Hazel.