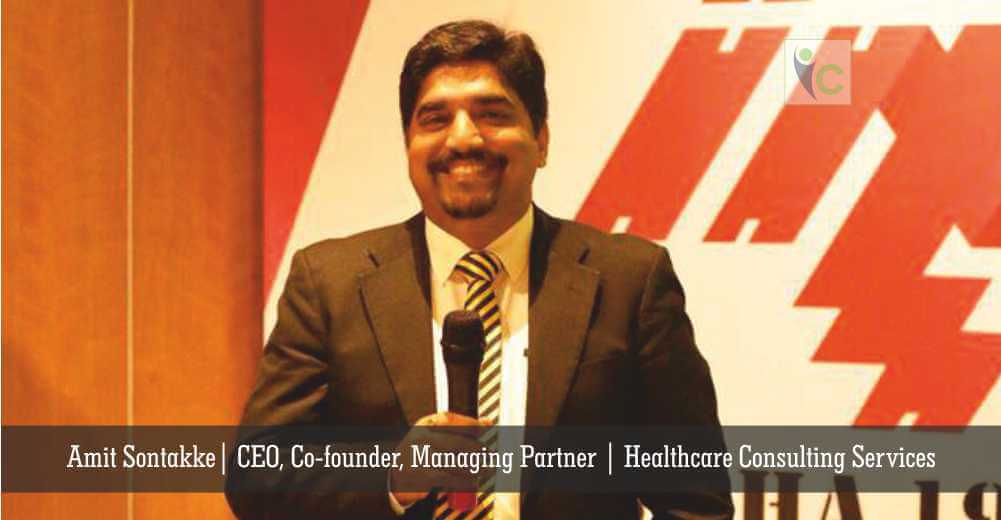 Healthcare Consulting Services, popularly known as HCS is in the business of Managing and sustaining Hospitals.

Amit Sontakke, the CEO, Co-founder, Managing Partner, and Principal Consultant of HCS is the rock-pillar who has eighteen plus years of experience in the Hospital & Healthcare industry. He is a renowned veteran in the Hospital & Healthcare circle and has been instrumental in creating a Hospital Consulting business into a profitable venture. It all started by doing a single Hospital consulting company in the years 2009 as a freelance consultant. Over the years, they moved from one project to another, gradually they were successful enough to create a team of consultant, who were capable to do independent GAP analysis of the Hospitals. By doing multiple gap analysis, they understood the pattern of various gaps or bottlenecks in the different processes of the hospital departments. Based on these gap analyses and analyzing various bottlenecks in the various processes, they could devise solutions depending on the size of the hospitals, services and specialties hospital possesses.

Inception Story of the Store

HCS consultants realized that couple of hospital they were managing had somewhere faced similar problems such as Lack of funds, Lack of market survey, Not defined profit centers and cost centers, unorganized documentations, and micromanagement issue of promoters. They also noticed that data analysis and documentation was missing, few or most of the departments were outsourced, and promoters were lacking the corporate governance.

HCS considered these rising issues as an opportunity to grow and to do backward integration. Since then, they started focusing on a couple of departments or verticals, which will be profit centers and develop the capacity of the HCS to start replicating in all the hospitals they manage. In the year 2017, HCS team freeze one of the opportunity to create and establish pharmacies both in retail set up and hospital setup. That’s how, HCS created their first medical store in the name of HCS Medicals – Chemist & Druggist.

The Journey of HCS Medicals

During the mid-phase of the year, HCS Medical concept was floated among HCS consultants, an idea originated among the consultant and a team was appointed under the leadership of Mr. Sontakke. He appointed Retail pharmacy store manager to give shape and structure to the vision of the leaders.  Under the able leadership of Mr. Sontakke, they could identify the precise location for setting up the retail shop. The concept was floated that the retail shop should be located at the junction of any four square and should be near the metro. Since one of the thought processes was to establish the retail store, Option A – under all metro station from Dahisar to Versova and Option B- to establish and create medical store based out of hospitals, either multi-specialty or single specialty with or without a deposit.

Considering the thought process and issues, a location for the first store was decided and all the guidelines set by Food and Drug Administration (FDA) were followed such as ownership or rental space proof, ownership proof, layout plan for the space allocated for the store, and cold storage space. Also, guidelines related to cold storage facility and appointing qualified pharmacist (B.Pharm or D.Pharm) were also looked after keenly.

Excellent Interior of the Shop

By the end of August, HCS could complete the licenses part of the pharmacy. Also, they recruited the well-qualified pharmacist and started the interior work for the inspection of the retail space. The interior space of the shop consists of front billing section of the shop, wooden as well as metallic racks, electrical wirings and sockets, fridge connection, and plumbing and toilet work. The space also included internal and external signage, computer hardware, billing software, internet & telephone connection, advanced payment options such as swiping machine, and more.

While all these requirements were getting fulfilled, one biggest challenge was to appoint the distributors for all types of OTC, and prescription drugs. To overcome this, a specific budget was allocated and the initial products were procured after which pamphlets were distributed to create more awareness of the pharmacy or medical store.

A journey full of ups and downs teaches to sail through the tough times of life. Likewise, HCS shares few learning from its journey for creating a well settled and accomplished business.

As and when various promotion campaigns were completed, HCS felt a dire need for creating ‘Home delivery system’. Hence, it appointed a home delivery guy to take home delivery to the next level. “It took us close to 9 months to understand the business model and with each passing month, HCS was getting close to profitability. Also, it took almost 1.2 years to get break-even. However, it is said that ‘whatever mistake you do is to move one step forward to perfection’ ”, delivers Mr. Sontakke.

Diversified Services and Solutions on the Way

HCS is trying to procure all types of products, like generics, branded both over the counter or prescription drugs. The center would be more focused on various disease-specific conditions like, pregnancy-related, diabetic, cardiac or hypertensive, cancer care drugs which would differentiate from the competition.

HCS wishes to create a handholding for each patient of chronic disease management on year on year basis. It has highlighted and started service to check regular blood pressure, pulse and weight of the patient. It has also planned to start the Loyalty cards for the corporate clients with which any cardholder can avail discount or various sessional offers floated time to time.

On asking him about new product launches, Mr. Sontakke says, “Recently the medical store is planning to launch its newsletter, in order to create awareness about various chronic diseases and scheme & offers company releases time to time”.