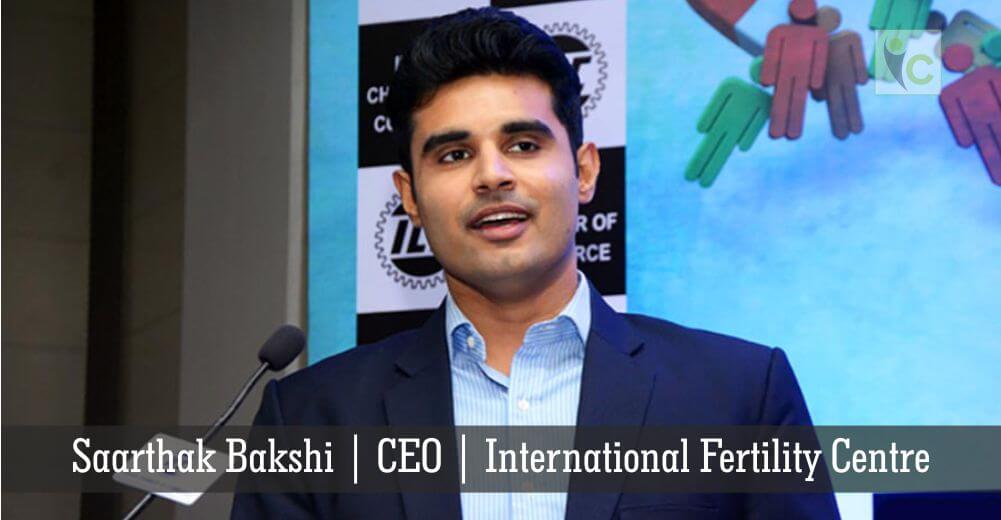 Parenthood is the biggest blessing of God to the mankind. But sometimes, God itself does not shower equal happiness among all of its beloved children and lets them walk empty handed with sorrow, anxiety, and deep pain.

Delhi-based International Fertility Centre (IFC) gives hope to those who are left in despair due to infertility problem and brings happiness to their gloomy faces with its state-of-the-art fertility treatment.

This prominent fertility center has gained global recognition due its precise and result-driven fertility treatments. It was incepted in the year 2012 and since then it has witnessed meteoric rise and colossal success in fertility vertical. It has built a robust network of ten IVF clinics across the length and breadth of India and even expanded its business footprint in the neighbouring Himalayan country- Nepal. Headquartered in the national capital, IFC is mentored by India’s leading IVF specialist Dr. Rita Bakshi with the diligent support from an adept team of medical practitioners, who know all the nitty-gritty of fertility treatment.

Today, there are millions of people across the world who suffers from the trauma of infertility. Reproductive techniques, such as in-vitro fertilization, are the hope to the millions who want to attain parenthood. IFC is a trailblazer and an expert in IVF, who treats both male and female infertility issues with utmost care.

Reasons behind its Colossal Success

IFC has state-of-the-art lab with latest world-class technologies and equipment’s that cater the need of different patients who come for various fertility treatments. Providing services that match with the international standards has always been the main focal point of IFC. It has cutting edge equipment’s, which are the latest ion the industry and provides the best result. The team is as good as the technology it works on and hence Dr Rita Bakshi always believes in up gradations and trying out the newesty best technical innovations in the fertility industry.

IFC is the only destination in North India to offer CASA – Computer Assisted Sperm Analysis, which performs the widest range of sperm function tests. Since its inception and up until now, IFC has performed more than fifteen thousand IVF cycles and has the highest success rates in every fertility treatment, as compared to any other clinic. Along with good success rate, the increased live birth rate of this hospital tells the prominence of its services. This is the reason IFC has been voted as the Most Trusted IVF Brand of India in 2018 by Indian Education Excellence Awards, 2018.

Although IFC and its specialist have received many awards but they considers giving smile on the face of infertile couples is their real award which they want to win from every single couple.

Services and Products of IFC

In cases where intrauterine insemination fails, it offers in-vitro fertilization treatment where the fusion of male and female gametes takes place outside the human body in a petri dish and then the resultant embryo is transferred to the uterus of the mother.

There are cases where IVF doesn’t work, for instance, if the sperm count is very low or the woman is in advanced maternal age resulting to decline in the quality of her eggs. In case of low sperm count, IFC offers intracytoplasmic sperm injection, a technique that allows the specialists to choose one high grade sperm with good morphology and motility that can be injected directly into the egg and then the formed embryo is implanted into the womb of the intended mother.

In case where age is the major factor, IFC offers the option of egg or sperm donation for the intended parents. As for women with uterine issue or if they have their uterus removed due to medical condition then IFC provides them surrogacy as an option wherein a surrogate mother, a third party agrees to carry the child for the couple. The healthcare provider also offers surgical treatments to overcome infertility issues.

IFC’s CEO is the Beacon of Hope

“Fail fast and rise early,”- It even takes courage to spell the word ‘Fail’, Saarthak Bakshi lives his life believing in this great philosophy every day. He is the Chief Executive Officer (CEO) of International Fertility Centre who never hesitates to take calculated risk.

His relentless desire to succeed; sharp business acumen, and aptitude to solve any crisis in no time- makes him the entrepreneur of new-age that don’t only has vision but also the passion to transform his dreams into realities.

Saarthak is a graduate from renowned institute – Indian School of Business. He has worked with reputed companies – Infosys and Ernst & Young – and then moved onto different entrepreneurial ventures that gave him a lot of insights and in depth acumen of running a business.

Today, along with his mother he has taken the fertility industry to a different level all together and as a result everybody know how successfully International Fertility Centre is running by creating life and giving hope to infertile couples.

“We will try our best to raise awareness amongst the masses and to tell them how few trivial lifestyle changes can help to thwart infertility and to experience the bliss of parenthood,” concluded the CEO.

Recently, Forbes has recognized his caliber as a leader and featured him in its issue of- “Forbes 30 under 30 ASIA, 2017 for HealthCare and Science.”