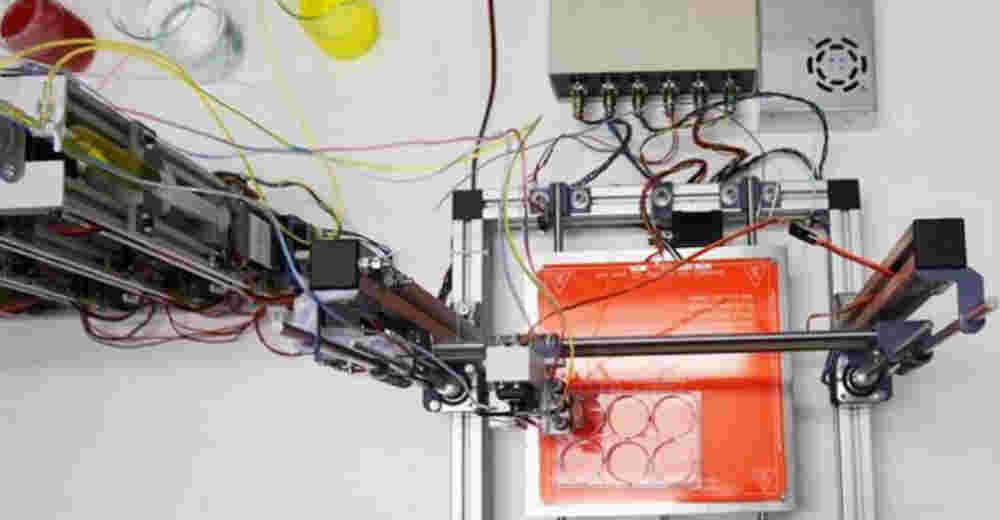 Bioprinting is rapidly becoming a hot trend in the world of medicine. Now a group of Spanish scientists has built a prototype 3D bio-printer that can create a fully functional human skin. The main idea is to build a machine, that can print custom body parts, to transplant them into a patient’s body. Printing custom tissues using a patient’s own body cells would help to eliminate the waiting time and the need for organ donors.

A bioprinter is essentially a 3D printer, but for the body. The printer takes help from the bio-inkin order to create askin. However, bio-ink is not the ink.Instead, it uses cellular components of skin, which include plasma, primary human fibroblast& keratinocytes.Bioink works the same way as the conventional printer ink, and in this case, the bio-links are mixed in such a way that it createsthe human skin. A computer controls the components of the printer that helps to print skin correctly. The printer can print up to 30 square inches of skin per hour, which is much faster than the present skin growing techniques.

The skin looks like a real human skin, which features an external layer for protection just like epidermis, and a thicker layer acts as the dermis. Additionally, it also contains a layer which is made up of fibroblast cells that help to produce a protein named collagen that provides the skin needed elasticity and strength.

Till date, the all new technology can build two types of skin tissue. The first one is just a normal skin, which is made using a stock of generic human cells printed on a mass scale and can be used for testing beauty products. The invention of skin printing might eliminate the need for testing beauty products on animals. The other type of skin tissue is developed with the help of an individual’s own cells that can be used in skin grafting for deep burns or even in skin conditions.

According to experts, outer skin layer provides a protective layer for our body. However, when the outer layer is damaged or not functioning properly, then the risk of infection begins. Here enters the printed skin, which will be initially applied to severe burns and skin problems and later on, it is likely to have cosmetic application to address the issue of aging skin.

The concept of lab made skin is quite good, and one can make it happen just within 35 minutes, whereas if normally grown it takes at least three weeks to cover a large wound. Additionally, the new process is far more cost effective than manual production.

For now, the skin printing technology is in the phase of being approved by various European agencies to check that the produced skin is safe to use on humans with burn injury or any other skin problems.