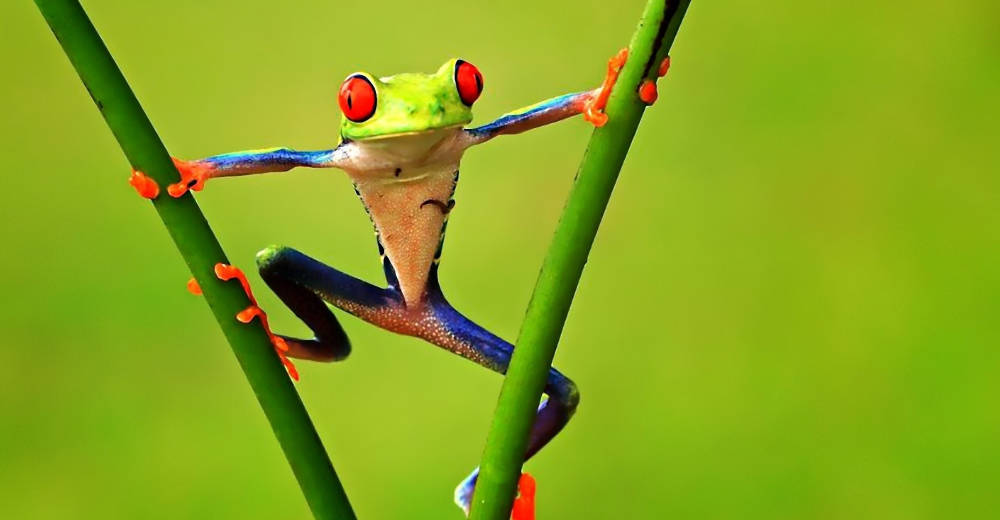 Stronger painkillers are on their way-from poisonous frogs!

Opioid addiction already is a huge problem. Thus scientists are on a mission to look out for alternative painkiller medications, and a lot of work focuses on the receptors which decide which signals will travel through the body.  These receptor molecules are present on the surface of a cell and determine which molecules are allowed in.

Coming to poisonous frogs, scientists have always been intrigued by something called epibatidine. It is a neurotoxin which binds to the prey’s receptor and initiates effects like seizures, hypertension or even may cause death while leaving the frog unscathed.

Scientists have identified the mechanism which enables some types of frogs to avoid danger, detecting a very subtle genetic mutation that could aid in the development of new drugs to treat pain and nicotine addiction. Numerous compounds have been derived from epibatidine, but have failed to produce due to severe side effects.

A research team from the University of Texas, sequenced a gene responsible for encoding a particular receptor, the same one involved in pain and nicotine addiction in humans. Further, they constructed an evolutionary tree which explained how the gene had evolved to guard the frog against its own toxins.

“Every bit of information we can gather on how these receptors are interacting with the drugs gets us a step closer to designing better drugs,” said Cecilia Borghese, a research associate at the University of Texas’ Waggoner Center for Alcohol and Addiction Research.

While these frogs have developed the ability to block the toxin, the receptors work in a normal and healthy way. A better understanding of this process may hold priceless lessons for developing drugs that block pain and nicotine addiction, without any adverse side effects.