Say No to Plastics, “It’s Time to Try Edible Cutlery” 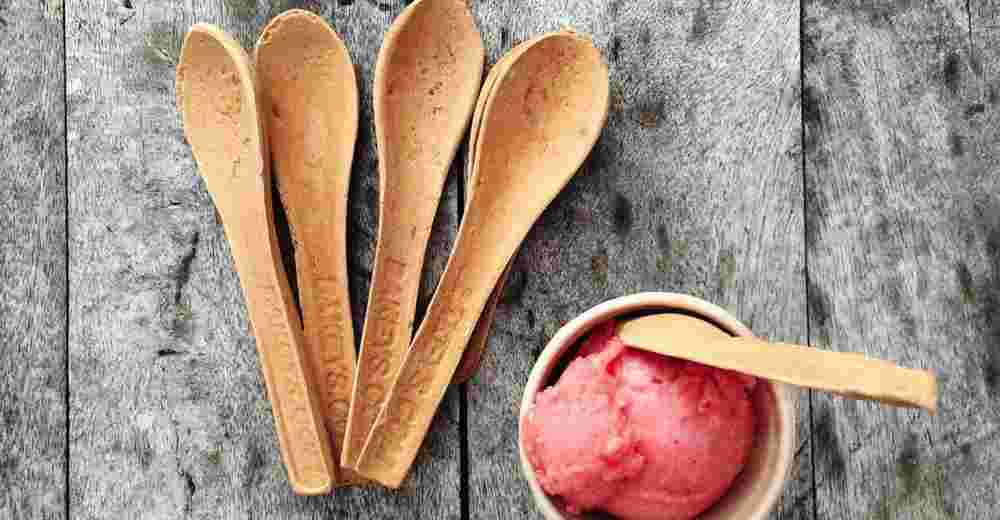 While talking about the cutlery sets we see or use daily, it is very much essential to mention that plastic is one of the most used cutlery material in the world. Plastic cutleries are genuinely made for use and throw concept, though in many places it is overused and that too after not washing it properly. For the world, there was no other alternative than plastic cutlery specially for serving the food on the go until a man from Hyderabad, India, invented the edible cutlery.

Chemical experts mentioned that the plastic utensils which one uses in the kitchen is composed of polystyrene which later discharges a chemical component called styrene when exposed to heat. This chemical component can be the potential reason for causing diseases like lymphoma or leukemia. While keeping these things in mind, Narayan Peesapaty founded his own company, Bakeys, to serve people with edible cutlery and save them from the harmful plastic cutlery.

Plastic cutleries are not only harmful to human health, but also its harming the environment too as its non-biodegradable. On the other hand, edible cutleries open a new window to the world of cutlery. Founded in 2011, it offers edible cutlery which is made up of millets, rice and wheat and has no coating, making it absolutely edible. It is made without any preservatives and has a shelf life of three years.

The cutlery is so beautifully crafted that it doesn’t melt while stirring sugar in your hot tea. If the food doesn’t fill your hunger then you can actually eat up this edible cutlery and if you don’t want to eat it, you can just throw it on the nature so that it can decompose itself within four to five days.

Not only that, the inventor has focused highly on the taste of the cutlery too and has added new flavors to it like sugar, ginger-cinnamon, ginger-garlic, celery, black pepper, cumin, mint-ginger, and carrot-beetroot. A company spokesperson said, “When you are eating the spoon, you are actually eating flavored millet bread.” The base of the spoon is millet and this is how Narayan is trying to promote the production of millet, which consumes 10 times less water than rice.

Though these are expensive than plastic spoons, he promises to make it cheaper with the increase in volume and demand. The company has already sold 1.5 million units made by only nine women workers hired by the company from the lower income groups.