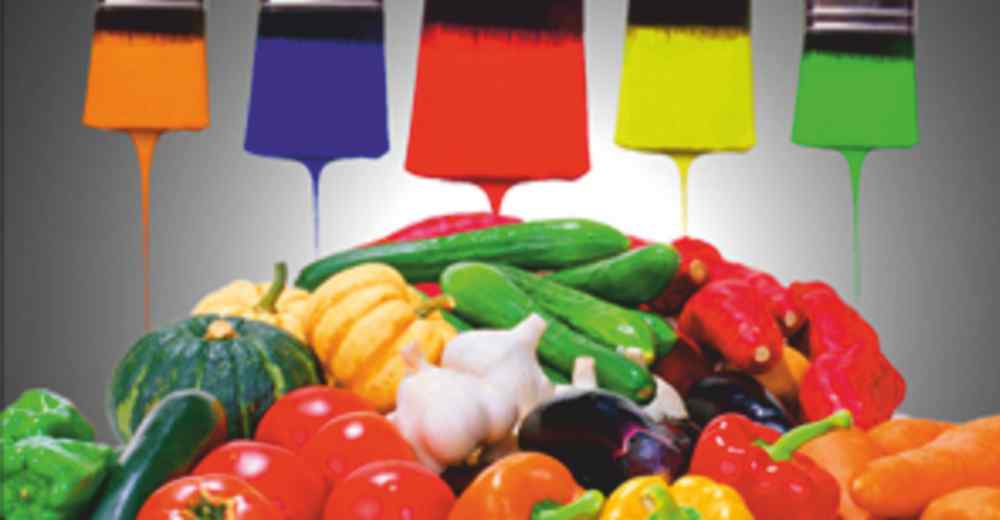 The better we feed the healthier we become. What we eat today doesn’t really show in our body. It surfaces 5 years post consumption. This is the reason why we must ensure to feed right and exercise well. Most of the food taken by the population of the 21st century has some form of artificial inclusion, and this is not healthy for health. The best version of the food we eat is the natural ones, for example; the fruits and vegetables.

You may have discovered that in most canned food, there are artificial colors and in the case with nylon packaged food, beverages etc. To live healthily and for a very long time, the crucial point is to avoid any form of artificial attributes in our food. If advancement in every other part is to be considered, then there is a stringent call upon the need for researchers and scientists to venture into the implementation of natural habitats in the agricultural sector to aid the production of natural colorants for food.

According to the positive speculations from the desk of Penn State, Persea Naturals, there is an instance of an unintended discovery. Professor of food science at the College of Agricultural Sciences, Gregory R. Ziegler, while working on the process of extracting starch found in avocado pits noticed something interesting. In the process of pulverizing avocado pits, there is an enzymatic reaction which produces a bright orange color. But moments after the extraction the color could not be washed away.

This led to Ziegler, launching a multi-year operation and research on what the properties of this very compound could be. He carried out the research with Joshua Lambert, associate professor of food science.

According to Ziegler, “there is a rare belief that the recently discovered reaction was described before, even with a continuous growth of consumer interest in natural food colors. The timing for his discovery is better and couldn’t have been better,” He worked at ‘Pasteur’s Quadrant,’ where he was opportune to be conducting fundamental research that involves various practical applications and this privilege mobilized his desire to establish in food science.”

In their research, they were able to prove both the stability of the color and also a wide spectrum of orange, red hues and yellow, which led them to a simple conclusion; the discovered substance would be a perfectly natural food colorant.

The discovery gave birth to Persea Naturals, which goes with plans to bring a natural food colorant called, “AvoColor”, down to the commercial market.  The name,“Persea” originated from Persea Americana, which is the scientific Latin name for the avocado plant.

However, the infant company did not hesitate in taking the advantage of the several programs, which were funded and supported by the Invent Penn State initiative. These programs help university researchers in the commercialization process.  The significant happening in the process of the product is that the discovery is receiving $75,000 from Invent Penn State’s Fund for Innovation, and strong support from the University, said CEO Bob Hicks.

The discovery of this product has unique attributes to the food industries. The opportunity is a big one. Food and beverage manufacturers are looking forward to replace all artificial ingredients with natural ones. Did you know? The main source of this colorant is currently discarded in large volumes by the restaurant industries, prepared food, and even our homes. Within a short span of time, the natural colorant is going to take over the market.