The Science of Bottling Fragrance 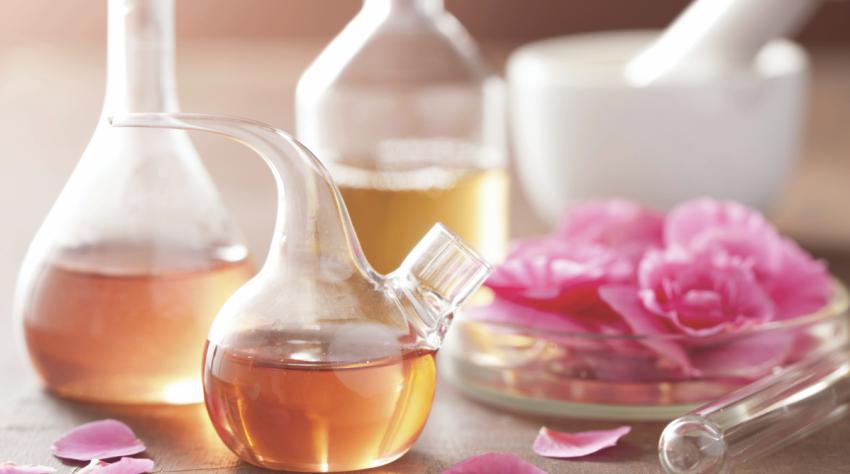 “A woman who doesn’t wear perfume has no future.”- Coco Chanel

Almost two decades ago, the field of olfaction was unlocked when the Nobel Prize winners Linda Buck and Richard Axel discovered genes that were responsible for encoding olfactory receptors. Since then, a lot has been illuminated through genomic, cellular, molecular, physiological, and anatomical studies of mammalian olfactory system. These studies have extended the understanding and revealed the complexity of science that has been involved in perfumery.

For thousands of years, scents have been sourced directly from nature. Resins were gathered from trees and burned as an offering to Gods; aromatic flowers and herbs were seeped in oil to release their fragrance before being blended and worn. For a majority of time now, chemists have used innovative technologies to add a large assortment of scents for creating new fragrances.

The initial process of steam distillation, wherein petals and leaves were boiled and the evaporated oil was cooled and collected, was perfected in the 11th century and little changed after that until the industrial revolution. But as boiling vegetables for too long can result in the loss of nutrients, distillation loses some of the best parts of a smell to water and can often damage the resulting oil. The chemists then began isolating and blending the aromatic chemical compounds which allowed perfumers to respite from what was strictly found in nature and create an entirely new scent.

The 1980s brought in a new way of capturing volatile molecules of virtually any scented objects in the form of ‘Headspace Technology’ which completely revolutionized the industry. Headspace works like a camera and captures snapshots of the scent’s components and allows them to be recreated in the laboratory.

Next came a three-step process of ‘Essential Oils’, which combined hydro-distillation with steam stripping that captured scent molecules from the residual water to offer a more complete, realistic, and fresh extract compared to the traditional scents. Subsequent was the CO2 extraction process which aimed to capture as much of the scent as possible from a natural material. This technology uses carbon dioxide, which when passed over a natural material in its liquid form, extracts all the scent components without damaging them.

Today, biotechnology has transformed the way perfumes are manufactured, making them more consistent and removed many animal products involved in the process. Some of the most exciting new scents are a result of biotechnology. New advanced research promises to extend these innovations further.

Scientists can now genetically alter yeasts; so instead of fermenting sugar into alcohol, they are producing fragrant compounds that replicate the natural and artificial smells. Crucial to perfumes, ‘Patchouli’ is used to scent everything from laundry detergent to perfumes. This has resulted in crop shortage and restricted its supply, thus causing a price hike of the oil.

In order to streamline the production process more effectively, and create more consistent and robust processes, several companies are turning to biotechnology and especially yeast as they can be genetically engineered to produce essential oils like the patchouli oil.

The scientist whose work stemmed the use of yeast to create fragrance used single-celled microorganisms to produce sandalwood oil by using genetic extract of Sandalwood tree. The RNA was analyzed in the laboratory to reveal the key components of the oil and form the basis for synthesizing them. Once the genes are revealed, they can be processed through the yeast which acts as a cellular factory. This is a complex and slow process as the yeast needs to be genetically engineered through reconfiguration of their metabolic pathways. This is necessary as most fragrances are volatile compounds and would normally be toxic to microbes.

Although this technology is still at a nascent stage, it is possible, especially with plant-based extracts, that more compounds that produce a characteristic scent to perfumes can be produced through the use of biotechnology.