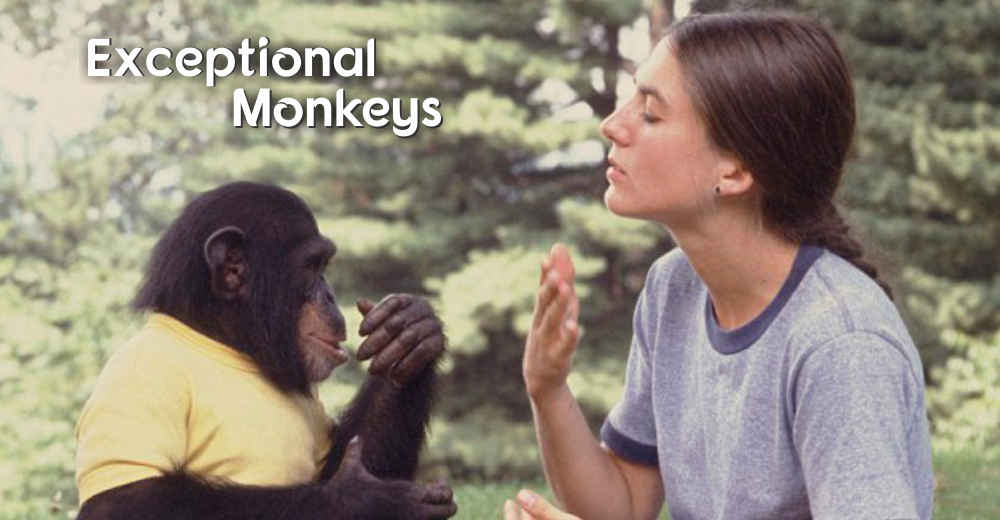 There are various human social groups who are dedicated to taking care of the infants; parents, the older ones and in the quest to nurture the new babies, they also go the extra mile beyond what we might expect such as using some technology and natural surroundings. One of the various sounding or natural means to take care of this set of people is by the use of dogs, cats, and even monkeys. There are types of monkeys in the forest and nearby our homes, but amongst these creatures, there is only one that has exceptional abilities; they are called marmosets, these are a group of small, highly social creatures from South America. These monkeys are capable of repeating similar vocal pronunciation of a baby human. They can display what exactly you are doing while playing along with you. In a striking parallel to humans, the marmosets can also benefit from frequent feedback while it learns the vocal calls.

Babies do learn faster how to talk, especially when the sounds that the baby makes is being responded to. The feedback from any creature to these babies are taken and diluted, and then they try to produce another one and consequently continue to recycle while they get improved on a daily basis. According to the research by Current Biology of Princeton University have found that these types of feedback speed the vocal development of infant marmoset monkeys, and that is the first evidence of such learning in nonhuman primates.

The senior co-author Asif Ghazanfar, and a professor of psychology alongside the Princeton Neuroscience Institute, “They wanted to be sure if the monkeys do not learn or develop their vocals during this period of interaction”. Because of that, they selected a species that is known to depend on signals for every possible communication. Then they discovered that the marmoset has vocal development very close to parallels prelinguistic vocal development in humans.

The vocal calls do not match the complexity of human language systems, but they could relate fervently to the vocal development in infants while making more or less random sounds.

“When an infant blurts out a sound and the parents respond, then the baby takes it and continues to improve. The more often the parent gives back a contingent response, the faster it is for the human infant to develop its vocalizations,” Ghazanfar says.

Ghazanfar and his colleagues started a movement to know whether the same principle is true for marmosets. They set up an experiment by using pairs of fraternal twin marmosets, from South America. They were separated 40 minutes each day and recorded the noises from them while teaching them how to sound pronunciation by responding to contingent feedback in the form of audio playbacks when a parent is calling back.

They noticed that one twin in each pair got consistent feedback; similar to what a young marmoset would receive from an attentive parent; while the other twin got less inconsistent feedback on their vocalizations. The experiment went on for two years and according to the day count of the marmoset years.

Due to the constant feedback in the routine experiment, the selected marmosets were able to call back rapidly more than their siblings.

“When they are infants, the call is very noisy,” Ghazanfar says. “It sounds somehow coarse, and then gradually it sounds very clean and tonal just like an adult call.”

According to Previous studies, they found a correlation between a number of feedback marmosets were getting from parents and the rate at which they vocal develop. In the experimental design in this current study, it was firmly established and could easily dictate the causality between parental responses and vocal development.

Ghazanfar said that “The system of vocal learning can be linked to the idea that it is easier for an infant to learn quickly the sounds and vocal response than it is when they are not given enough time.

Considering the humans, specifically; if you take two babies, “Twins”, and keep them apart for a time of 45 minutes daily and try to talk to them using some recordings from their blurb sounds. The infant who is getting instant feedback from the assigned practitioner is going to develop better vocal ability because he/she can learn easily many words more than the one that is getting less attention and feedback. Comparing them to the marmoset, we can see that the relationship is very close, but clearly distinct as the sound in human infant tend to be more compound and complex, than the species.

It is not just in this experiment that proves that care for humanity can improve our state of intelligence and sense of responsibility, but also everywhere else around us, need consistent care for each other. The researchers’ are expected to take the next steps in collecting more detailed data on marmosets’ neural activity when they are calling to neighbors or chattering words.

The understanding of the marmoset can help us understand the vocal revolution in human beings, even though they can’t “talk” in the same way humans do because vocal production is not just about imitating others but you can now relate to other species like the animals.